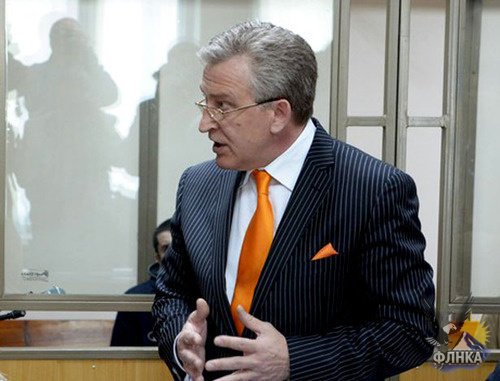 Today, in Rostov-on-Don, at the trial of Said Amirov, the temporarily dismissed Mayor of Makhachkala, accused of preparing a terror act, the court has re-interrogated Murad Aliev as a witness. He rejected the assumption of the defence that he had been tortured at the SIZO (pre-trial prison), the "Caucasian Knot" correspondent reports from the courtroom.

The "Caucasian Knot" correspondent has reported that the forensic doctor Ruslan Magomedov had concluded, while examining Yusup Abdulgalimov, Murad Aliev and several other witnesses, that they had been beaten up and tortured with electric current.

The defence has also asked the witness about the letters, earlier presented to the court by his wife Rosa Alieva. Let us remind you that at the court session on May 27 the woman showed letters, written to her by Aliev and stating that he had been tortured in Dagestan and forced to evidence against Amirov and Djaparov.

Aliev said that in his letters he never wrote that he had been tortured.