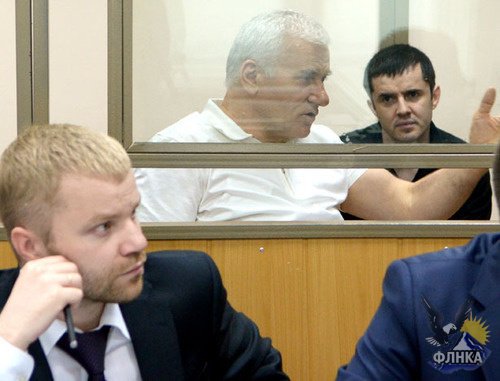 On Monday, in Rostov-on-Don, at the trial in the case against Said Amirov, Mayor of Makhachkala, who was dismissed from office and accused of plotting a terror act, the court has questioned his personal assistant Askhabov. The latter has stated he had never seen Abdulgalimov at the city administration. This was reported by the "Caucasian Knot" correspondent.

According to prosecutors, Said Amir and his nephew Yusup Djaparov, Deputy Mayor of Kaspiysk, were planning to use an anti-missile system (a man-portable air-defence system or a MANPADS) to shoot down a passenger plane with Saigid Murtazaliev, the head of the Dagestani office of the Russian State Pension Fund.

Let us remind you that, according to the prosecutors, Said Amirov asked Magomed Abdulgalimov, former Assistant of the Kizlyar Prosecutor, to assist him to acquire a MANPADS in exchange for the position of Mayor of Kaspiysk. The former Assistant Prosecutor has said that he met Said Amirov at the city administration. To present the evidence for defence, the advocate has invited several witnesses. They have stated they remember all visitors of the city administration by their faces; however, they never saw Magomed Abdulgalimov there.