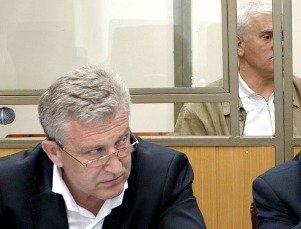 The testimony of the last prosecution witness has been announced in Rostov-on-Don at the trial of the dismissed Makhachkala Mayor Said Amirov, accused of plotting a terrorist act. Now, the defence will begin presenting its evidence at the session scheduled for May 21.

The May 19 session listened to Mikhail Tekutov, an expert of the Russia's Federal Security Bureau (FSB), who said that the man-portable air defence system (MPADS) in question was fit for shooting. Biological traces of two different men were detected on the surface of the MPADS. According to an employee of the FSB's Criminology Institute, the traces belong to Yusup Djaparov, Amirov's nephew, and Magomed Abdulgalimov, the former Assistant to the Public Prosecutor of the city of Kizlyar.

The testimonies also state that Amirov and Murtazaliev had planned to run for the presidential election in Dagestan; and on this basis they had political differences.

Let us remind you that the case of preparing a terror act, where the figurants are Said Amirov and Yusup Djaparov, is considered since April 24 by the North-Caucasian District Military Court in Rostov-on-Don. Amirov and Djaparov refuse to plead guilty.