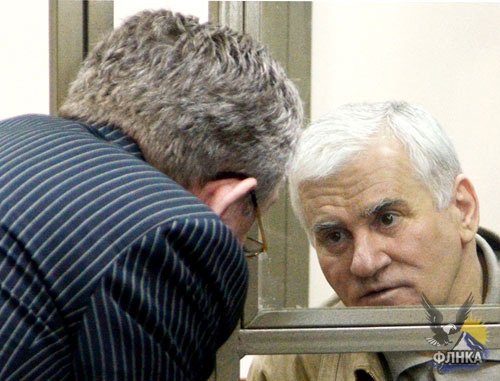 In Rostov-on-Don, on April 28, d questioned, in the case of Said Amirov and Yusup Djaparov, the witnesses of the prosecution – Magomed Abdulgalimov, the former Assistant Public Prosecutor of the city of Kizlyar, and his driver Murad Aliev. Abdulgalimov said that he was tortured in SIZO (pre-trial prison) in Dagestan; and Aliev spoke about the circumstances, under which he learned about the purchase of the weapons, which were uses, according to investigators, in preparing a terror act, the "Caucasian Knot" correspondent reports.

Aliev said that he heard his boss Magomed Abdulgalimov, then the Assistant of the Public Prosecutor of Kizlyar, spoke with someone from his entourage that Yusup Djaparov asked him to get for some purpose a "Strela" man-portable air defence missile system. Let us remind you that, according to investigators, the defendants intended to organize an attack on the plane, which could carry Sagid Murtazaliev, the head of the Dagestani branch of the Russian Pension Fund, by using the above "Strela" weapon.

Magomed Abdulgalimov said that he was beaten and tortured with electric current in SIZO in Dagestan. According to his story, Said Amirov promised to appoint him the Mayor of Kaspiysk for assistance in getting the above "Strela-2M" missile weapon.

According to the lawyer Vladimir Postanyuk, the prosecution witnesses, including Magomed Abdulgalimov, were exposed to physical and psychological pressure; their evidence was obtained under torture.