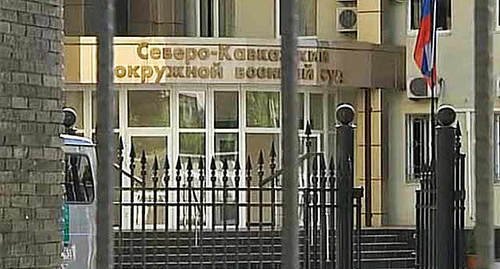 On investigator's decision, Gadji Djamaludinov, one of the figurants in the case of Said Amirov, who had been temporarily removed from his post of Makhachkala Mayor, has been released under recognizance not to leave, said one of the advocates in the case.

According to his story, the investigator changed the freedom restriction measure for Djamaludinov, the former head of the post-and-patrol service (PPS) of Kaspiysk on March 20.

Gadji Djamaludinov was detained last March, the advocate told the "Caucasian Knot" correspondent. According to investigators, Djamaludinov drove the killers who shot dead Magomedgadji Aliev, a deputy of the Kaspiysk City Assembly, to the customer of the crime - Magomed Abdulgalimov, Deputy Public Prosecutor of Kizlyar.

The motive for the murder was in the deputy's demand to close pharmacy in Kaspiysk that sold drugs and was allegedly under Abdulgalimov's control.

Said Amirov is accused in two cases. The first one deals with the murder of investigator Arsen Gadjibekov; it is currently being investigated and has more than ten defendants, including Magomed Abdulgalimov, Gadji Djamaludinov and others.

The hearing on the second case – on preparing a terror act, is scheduled for April 14.

Said Amirov has not been convoyed to the place of the trial yet; now, he is in Moscow, his lawyer Vladimir Postanyuk told the "Caucasian Knot" correspondent.