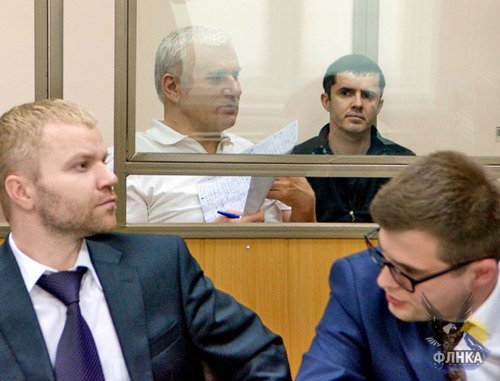 On May 21, in Rostov-on-Don, the North-Caucasian District Military Court held the session to consider the case against Said Amirov, the former mayor of Makhachkala suspended from office, and his nephew Yusup Djaparov, both of whom were accused of plotting a terror act. At the session, the Court listened to the first seven witnesses of defence. In total, advocates intend to ensure the appearance in the court of about 40 witnesses and experts to prove the innocence of Said Amirov and Yusup Djaparov.

At the court session held on May 21, the witnesses testified on the absence of political controversies between the defendants and Saigid Murtazaliev, an aggrieved party in the criminal case.

At the court session held on May 13, some witnesses connected the conflict between Said Amirov and Saigid Murtazaliev with the fight of the "Northern Alliance", an association of politicians from the northern regions of Dagestan, and the team of the Makhachkala Mayor.

Advocate Vladimir Postanyuk has announced the intention to ensure the appearance in the court of the total number of about 40 witnesses and experts to prove the innocence of Said Amirov and Yusup Djaparov. According to the advocate, the testimonies given by the defence witness refute the prosecutors' position on the guilt of the defendants.