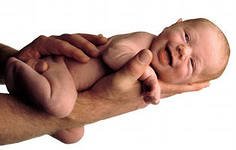 A modern perinatal center will be built in Ingushetia. The agreement on this was signed in Moscow by the head of the Republic of Ingushetia Yunus-Bek Yevkurov and the health minister of Russia Veronika Skvortsova.

The health minister of Ingushetia, Beslan Matiyev, told Vestnik Kavkaza that the fact that the federal center decided to build a perinatal center in the Republic of Ingushetia means a lot:”Today Ingushetia is the region where the birth rate is the highest, but the infant mortality rate is high as well. That is why construction of a perinatal center in our republic is like a gulp of air for us, because we have a lack of bed capacity, including obstetric aid, of up to 50%.”

The perinatal center will be regional for the whole North Caucasus region. The center will boast a complex of services providing obstetric aid. It includes serving women during pregnancy, during the act of delivery, and what is most important – treatment, examination and care for babies during the first month of their life. What is also significant is that the perinatal center will gather women with health problems: “Those women used to visit other regions, republics, central regions to get help. This is a very acute problem for us, and its settlement will be a big advantage for the republic’s population.”

Ingush head Yunus-Bek Yevkurov said in an interview with Vestnik Kavkaza that the decision on construction of a perinatal center is a festival for the republic: “More than 10 years Ingushetia struggled for construction of the center. At last! We have a developed project and capacities, infrastructure is prepared, machinery and workers are ready to built the perinatal center.”

At the same time, Beslan Matiev says that the military campaigns which took place in the Caucasus left an imprint on the region: “Today we need to build maternity hospitals, perinatal centers. We plan to build a children's hospital, which is absent in the region. The program of modernization for 2011-2012 has almost been finished. According to the program, a lot of medical equipment was purchased, including equipment of maternity and children hospitals. All delivery departments were renovated, as well as the Center of Mothers and Children in Nazran, Malgobek, and Sunzha. Almost all delivery departments were improved due to the program of health care modernization.”

“The program of modernization included several directions – improvement of material and technical facilities; renovation and reconstruction of health care facilities; purchasing medical equipment’ informational support of the health care system. One region was one of the last who implemented the program of informational support. However, now we are putting everything in order. I think we will be done with it in the nearest future. As for availability and high standards of treatment, it was aimed at increase of medical workers’ salary. These are main directions. We purchase medical equipment for allocated resources. For example, we have purchased equipment for the eye department of the republican hospital, mobile complexes of examination, photoroentgenography mobile complexes, emergency vehicles,” the health minister of Ingushetia said