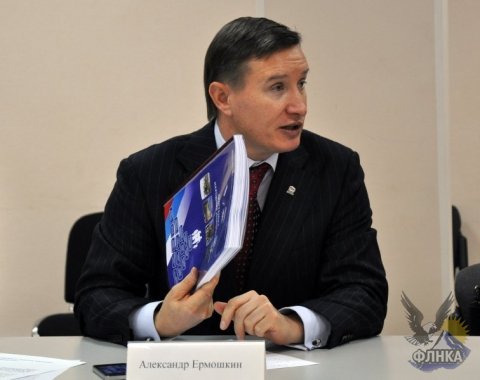 Today a session of the People’s Assembly of Dagestan will consider one of the acutest issues of the current political season - the order of electing a head of Dagestan and correspondent amendments to the Constitution of the republic.

Even though since 2004 all heads of regions were appointed by the Kremlin and adopted by regional parliaments, the acting Constitution of Dagestan requires that the head of Dagestan is elected by citizens of the RF living on the territory of the republic, according to equal and direct voting rights in a poll. The new version of the Constitution sets out that a head of the republic will be elected by members of the People’s Assembly from three candidates presented by the parliament of Russia. The result of the vote is determined by the factions in the Dagestan parliament. Apparently the new version will be adopted.

Alexander Yermoshkin, permanent envoy to Dagestan under the President of Russia, told Vestnik Kavkaza that the presidium of the Board of “United Russia” decided to recommend that Ingushetia and Dagestan choose elections through parliaments. “It doesn’t mean the republic is unable to make the opposite decision. The point is that we have a rather unstable situation in the republic. We know the difficult situation, including the processes in municipal entities. Thus, the political federal high-level fears that there would be many falsifications. Abdulatipov is right to say that clans won’t give people a chance to vote as they like. To avoid this situation, a scheme of elections through the parliament is being discussed. Recently we held a press conference and Abdulatipov stated that he was ready for direct elections. He is ready. The only concern is about avoiding escalation of certain tensions in the republic. There are no doubts that the people of Dagestan would make the right decision, and he is absolutely sure that he would get a significantly large number of votes,” Alexander Yermoshkin noted.

On the next day a session of Ingushetia’s People's Assembly will take place, where a model of electing a head of the republic should be chosen. The term of the current head of Ingushetia, Yunus-Bek Yevkurov, runs out in autumn. He told Vestnik Kavkaza, commenting on the law signed by President Putin on the right of regions to reject direct elections of their heads, that “the law is adopted and we should react to such laws. Of course, the authorities give an opportunity to the regions. Both options are more than democratic. Both direct elections or through the parliament are democratic ways of expressing the people's will, as the parliament was elected by the people. So the republics, including us, will decide which option to prefer – through direct elections or the parliament. We haven’t chosen a model yet. We will do it in the very near future.”