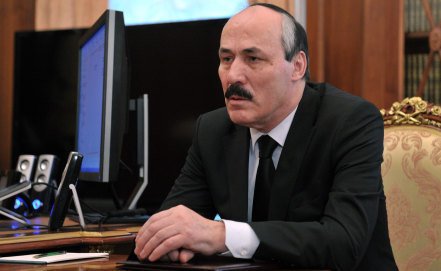 MOSCOW, July 18 (Itar-Tass) - Five political parties - the United Russia, the Communist Party, the Patriots of Russia and The Right Cause, will propose the candidature of Acting head of Dagestan Ramazan Abdulatipov to President Putin for the post of the Head of Dagestan.

The United Russia and the Communist party will propose Abdulatipov as the only candidate.

The Just Russia party, apart from Abdulatipov, has included in its list of the candidates Chairman of the Dagestan Council of the Just Russia department in Dagestan Khadzhimurat Omarov and Deputy director of the Institute for studies of the traffic of commodities and the state of the wholesale markets Amuchi Amutinov.

The Right Cause, apart from Abdulatipov, might nominate Human rights ambassador in Daghestan Ummupazil Omarov and Captain of the Russian taekvondo national team Seiful Magomedov.

LDPR party, which does not have its own faction in the Dagestani parliament, will nominate Duma MP Alexander Starovoitov for the head post in Dagestan.

A candidate should collect more than half of the votes of the deputies of the regional Assembly; otherwise, a second round is held to determine the winner out of the two candidates. The winner is determined by a simple majority of votes.

Dagestan and Ingushetia, which adopted corresponding bills, use the new system to elect the heads of their regional administrations.