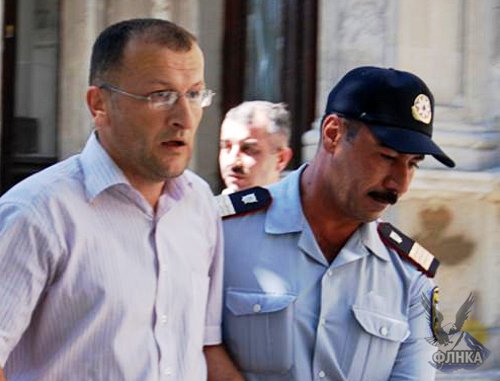 Today, the Baku Court of Appeal has considered the complaint of Mustafa Gadjibeili, an advisor to the head of the oppositional "Musavat" Party, against his administrative detention; eventually, the activist was left in custody, said his advocate Nemat Kerimli and added that his client was illegally involved in forced labour at the temporary detention facility (known as IVS).

The "Caucasian Knot" has reported that Mustafa Gadjibeili was detained on May 28 in the village of Novkhany after an oppositional rally on the occasion of the Republic Day. After the rally, men in civilian clothes put him into a car and took away to some unknown place. On the following day, the Apsheron District Court sentenced Gadjibeili to 15 days of administrative arrest on charges of "minor hooliganism". Gadjibeili denied the allegations; and the "Musavat" Party stated political motives of his arrest.

In connection with Gadjibeili's arrest a complaint was filed; its consideration was held today at the Baku Court of Appeal. The complaint was dismissed, the lawyer Nemat Kerimli told the "Caucasian Knot" correspondent.

Bringing of an administrative detainee to forced labour is illegal, said Novella Djafaroglu, a member of the Monitoring Group of Human Rights Organizations of Azerbaijan (MGHROA).

The request of the "Caucasian Knot" correspondent to comment on Kerimli's statement about the illegal attraction of Gadjibeili to forced labour was answered by the MIA's press service that "detainees should themselves maintain cleanliness and order."

In Azerbaijan, Court sentences adviser to leader of "Musavat" Party to 15-day arrest