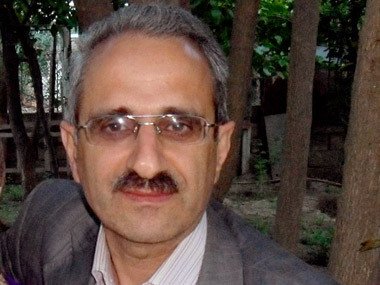 Reporters Without Borders condemns the five-year-jail sentence that a serious crimes court in Baku passed yesterday on Hilal Mammadov (Хилал Маммадов), editor of the Talysh-language newspaper Tolishi Sado, on trumped-up charges of drug trafficking, inciting hate, and high treason, reads the statement of the organization.

It says, that detained since 21 June 2012, Mammadov defends the rights of Azerbaijan’s Talysh minority. “This sentence was only to be expected after the nightmare that Mammadov has endured for more than a year, with fabricated charges that kept changing, appalling conditions of detention, and a trial marked by procedural irregularities and no respect for defence rights,” Reporters Without Borders said.

Organization is sure that everything points to a political trial carried out in a spirit of vengeance against a journalist critical of the government. “If justice has any meaning in Azerbaijan, this verdict will be overturned on appeal and Mammadov will be released,” RWB reports.

It says also, that Mammadov’s lawyers said they would appeal but Mammadov has already announced that he will not seek a pardon. Before the court passed sentence, he thanked all those who supported him and called the trial a “shameful stain, not only on Azerbaijan’s judicial system but also on the country’s image.”

RWB notes that many international observers attended the final hearing. They included representatives of the European Union, the Organization for Security and Cooperation in Europe, and the US, German, French and Norwegian embassies. “Respect for freedom of information was already minimal in Azerbaijan, ranked 156th out of 179 countries in the latest Reporters Without Borders press freedom index, but it has declined further in the run-up to the 9 October presidential election and harassment of outspoken media has increased steadily in recent weeks,” the organization notes.

The organization notes that on 11 September, the supreme court upheld a nine-year prison sentence for Avaz Zeynalli, the editor of the daily Khural. Then, on 17 September, the journalist Parviz Gashimli was arrested on the absurd charge of trafficking guns from Iran, which carries a maximum sentence of eight years in prison. The opposition newspaper Bizim Yol’s parliamentary correspondent, Gashimli also runs theModerator.az news website and the Centre for the Protection of Citizens’ Civil and Political Rights, and is a member of the Popular Front opposition party. His lawyer, who has repeatedly been denied access to his client, says he fears Gashimli is being tortured.

Hilal Mamedov, editor in chief of the only Talysh newspaper "Tolyshi sado" in Azerbaijan, was arrested by the Azerbaijani police on June 21, 2012. He was charged in drug possession; later on the Azerbaijani MNS has accused him of treason and espionage. On 27 September 2013, the Azerbaijani court found him guilty and sentenced him to 5 years imprisonment. Among other things, Mr. Mamedov is known by the popular online video, "Who are you? Common, goodbye!" In summer 2012 three protests were held in front of the Azerbaijani Embassy in Moscow demanding to stop the ethnocide and to release Hilal Mamedov.

Human rights organizations, such as the "Reporters without Borders", protested the arrest of Mammadov and demanded his release. The report of the "Reporters without Borders" says that Hilal Mamedov kept in squalid conditions since his arrest in June of this year on the basis of trumped-up charges. This case, as the organization notes is very similar to the case of Novruzali Mammadov, the predecessor of Hilal Mamedov, who was the editor of "Tolyshi sado."

The previous editor of "Tolyshi sado", Professor Novruzali Mamedov, was arrested by the Azerbaijani special services in 2008. He was also accused of espionage, and died in Azerbaijani prison in the summer of 2009, because of being refused in medical care, emphasize the "Reporters without Borders". Two sons of Mammadov, who were under pressure of the Azerbaijani authorities also died; one of them had a car accident, and the second was beaten every time as he took a parcel to his father.

Reporters Without Borders Shocked by Verdict on Hilal Mamedov