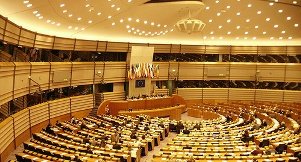 Oppositional politicians and civil society activists in Azerbaijan welcome the resolution of the European Parliament (EP) calling on the country's authorities to stop pressure on those who criticize the government critics and release the arrested rights defenders. For the first time ever, a document of the European Union has voiced the idea of using sanctions against the Azerbaijani officials responsible for human rights violations, says the opposition.

The "Caucasian Knot" has reported that on September 18, the European Parliament adopted a resolution on the human rights situation in Azerbaijan. The Members of the European Parliament  urged Azerbaijani authorities to immediately start implementing long-overdue reforms in the area of human rights, to stop harassing civil society organizations, oppositional politicians and independent journalists, and to lift the ban on demonstrations in Baku.

"We had warned the authorities that these repressions would hit them as a boomerang; however, they wouldn't understand. We had warned them that in modern history not a single leader ever reached success through repressions – they didn't believe. And here, they (the authorities) get their 'bills' for the latest political arrests. And the last 'bill' has come from the European Union," Ali Kerimli, the leader of the oppositional Popular Front Party of Azerbaijan (PFPA), told the "Caucasian Knot" correspondent.

According to his story, "for the first time the prospect of sanctions against the regime is on the agenda." At the same time, he drew attention to the fact that "the United Nations, whose mission against torture was not allowed to work in Baku, is now also among the critics of the Azerbaijani authorities, along with the EU, the USA, the OSCE and the Council of Europe."