Filmmaker makes plea for journo detained in Azerbaijan, the pits of press freedom 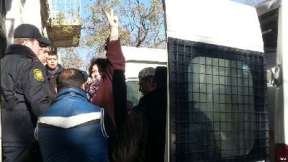