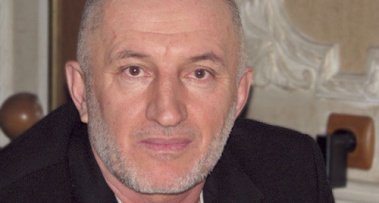 Today is exactly one year after the murder in Dagestan of Akhmednabi Akhmednabiev, a "Caucasian Knot" correspondent. Officials and investigators state that every effort is made to solve the murder, but no results are available so far. The case should be handed over to the federal investigation centre, renowned lawyers believe.

Akhmednabi Akhmednabiev was shot dead on July 9, 2013, in an outskirt of Makhachkala. Investigators had immediately treated his professional activities as the main version of the murder.

Back on September 5, 2013, Abdurashid Sheikhov, Akhmednabiev's advocate, demanded to transfer the inquiry into the journalist's murder to the Chief Investigating Department (CID) of the North-Caucasian Federal District (NCFD). The lawyer sent a respective request to Alexander Bastrykin, the head of the Investigating Committee of the Russian Federation (ICRF).

The need to transfer the Akhmednabiev's murder case to the above CID of the ICRF for the NCFD was also supported by the lawyer Yuri Kostanov, a member of the Russian Presidential Council for Development of Civil Society Institutions and Human Rights.

According to the lawyer, investigators of the ID for Dagestan of the ICRF are working insufficiently towards solving the murder of the journalist.