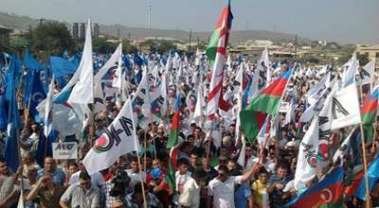 Baku Mayor's Office has allowed a meeting of the National Council at the stadium Mahsul on April 5. Turan was told by the deputy chairman of the Popular Front Party Fuad Gahramanli.

The rally will be held at 15:00 under the slogan "Stop robbery!"

The opposition intends to protest against the economic policy of the authorities, which led to the devaluation of the manat, failure in the economic and social spheres, and corruption.