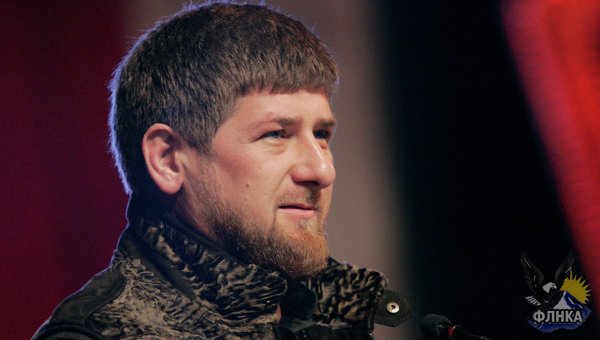 MOSCOW, April 13 (RIA Novosti) – Chechen leader Ramzan Kadyrov laughed off speculation on Saturday that he had been included in the classified section of Washington’s list of Russians facing visa and financial sanctions, joking that he had “returned his ticket to the United States.”

The United States on Friday released the names of 18 Russians to be slapped with visa bans and the freezing of their assets in US banks under the Magnitsky Act, which introduces the sanctions against Russian officials suspected of human rights abuses.

“I’ve just found out from journalists that I might have been placed on some Magnitsky List,” Kadyrov said. “As soon as I heard this, I returned my ticket to the United States.”

Kadyorv, a former militant fighter who has been accused of massive human rights violations, also joked he had “not slept” since hearing the news.

Kadyrov, the leader of Russia's Chechen republic since 2007, also said he had no assets in the United States and had no intention anyway of travelling to the United States, irrespective of whether he was on the Magnitsky List.

No senior federal Russian officials were included in the list published Friday on the website of the US Treasury Department, but a senior US State Department official told reporters that there is a separate classified blacklist of Russians as allowed by the Magnitsky Act.

The State Department official said Russians on the classified list are being put only on a visa blacklist, while any US assets they may possess are not being frozen.

“You can’t do an asset ban in secret,” the official said.

There had been speculation ahead of the list’s publication that it would include the name of Kadyrov, who has been accused by various rights activists of abusing human rights and instituting a regime of fear.

Critics have accused the Chechen leader of involvement in a string of high-profile killings in recent years, including those of human rights advocate Natalia Estemirova and journalist Anna Politkovskaya.

Kadyrov has consistently denied any role in the murders.

The Magnitsky Act was signed into law by Obama on Dec. 14 and was ostensibly designed to punish officials believed to be connected to the death in a Moscow jail of whistleblowing Russian lawyer Sergei Magnitsky in 2009. The scope of the legislation was later broadened to cover a whole range of suspected rights abusers. The Russians named on the public list are barred from traveling to the US and any assets they own there will be frozen.

On Saturday, Russia published its own retaliatory list of US officials banned from entering Russia.

Like the US list, the Russian list comprises 18 names. Four are listed as having been connected with the US’s infamous Guantanamo Bay detention camp in Cuba, which has seen numerous allegations of abuse and torture by prisoners and rights groups. The rest of the US officials on the list are mostly described as prosecutors and special agents, and are accused of having violated the rights of Russians abroad.

The Russian list also has a classified section, according to a statement published Saturday on the website of the ruling United Russia party.