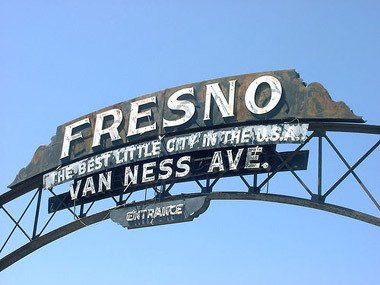 Fresno County became the first County in California to officially recognize the independence of the Nagorno Karabakh Republic (Artsakh). On April 23, the Board of Supervisors passed a resolution sponsored by Supervisor Andreas Borgeas that officially recognizes the Nagorno Karabakh Republic - a region historically and ethnically Armenian situated between Armenia and Azerbaijan – and also calls upon the California Legislature to grant official recognition.

The Permanent Representative of the Nagorno Karabakh Republic in the United States, Robert Avetisyan, commented that “[w]e are grateful for [this] initiative, and hope that the adoption of this Resolution will set a deeper cooperation towards stability, as well as democratic and economic prosperity in our region.”

County Supervisor Andreas Borgeas said, “I am thrilled to stand beside our Armenian friends – here, in Armenia and Artsakh – and hope Sacramento will also officially recognize the independence of NKR. While Fresno County is the first County in California to pass such a resolution, my goal is for this initiative to help inspire more recognition efforts throughout the state, country and eventually Washington, D.C.”

The Armenian Consul General Grigor Hovhannisian was joined at a press conference with representatives from the Armenian community to recognize the 98th Anniversary of the Armenian Genocide as well as to celebrate the importance of recognizing the independence of the Nagorno Karabakh Republic.

The US Embassy of the decision of the State of Georgia

No ceasefire violation fixed during OSCE monitoring of contact line