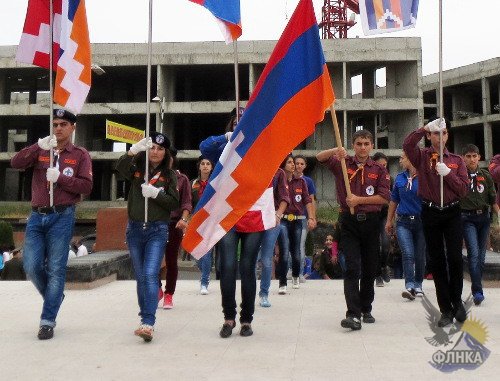 The decision of the parliamentary factions not to take part in the vote on the bill on recognition of Nagorno-Karabakh by Armenia is not a boycott, but a reasoned step, while the official recognition of the latter will follow immediately – in case of war or termination of the negotiation process by Azerbaijan, Tevan Pogosyan, a member of the "Heritage" faction, told the "Caucasian Knot" correspondent.
Let us remind you that the parliament began discussing the bill on recognition of independence of Nagorno-Karabakh, brought in by the "Heritage" faction on November 12. On November 13, the MPs refused to vote on the bill. Most of the factions boycotted the vote.

According to Tevan Pogosyan, Armenia has not a single MP, who would not recognize the independence of Nagorno-Karabakh, but all political factions and all the MPs have a strong argument for not voting for the bill. Today, it is premature, since the peace talks are underway within the framework of the OSCE Minsk Group, which are completely dedicated to the status of Nagorno-Karabakh. "If one of the parties officially recognizes the independence of Karabakh, there's no sense of further talks," he has added.