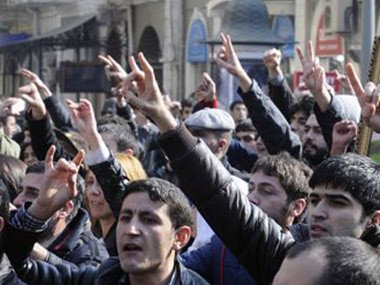 Late in the evening of 28 May, following intensive consultations between the major opposition forces, they reached an agreement on the establishment of the National Council, the Azerbaijani news agency Turan writes.

NCDF includes more than 100 politicians, civil society activists and intellectuals. “NCDF is designed to consolidate all the opposition forces to ensure the democratic presidential elections in October 2013 and the reform of the political system of the country,” Turan reads.

According to Rustam Ibragimbekov, "the foundation of National Council of Democratic Forces is an important evidence of univication of influential forces of the country, opposing the regime of corruption and authoritarianism."

In his turn Isa Gambar, the head of the opposition party "Musavat" told the "ANS Press" in an interview that there were disagreements between the initiators before the creation of the National Council. The disagreements have then been settled.

"The discussions about creation of National Council arose after Musavat party began to insist on a change in coalition’s policy documents – I. Gambar demanded to include the following statement that the" National Council is supporting the European integration." Eldar Namazov and Rustam Ibrahimbekov strongly objected against this postulate. However, after long deliberations, the European integration opponents agreed to the demands of Musavat party,” the article says.

Azerbaijan: Can the Opposition Keep it Together?