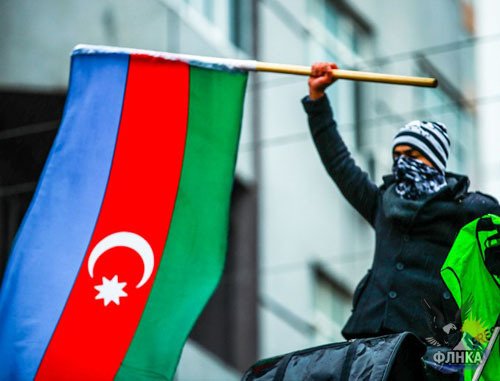 Sooner or later, the people's revolutionary movement in Azerbaijan will get organized and repeat the events in Ukraine, since the authorities behave violently with people, supporters of the Azerbaijani opposition assert. In his turn, Rasim Musabekov, an Azerbaijani MP, is sure that there are no prerequisites for a sort of Ukrainian Maidan in Baku.

Leila Yunus, the Director of the Institute for Peace and Democracy, is sure that actions of Azerbaijani authorities against their citizens are terror that will lead to response actions.

She mentioned the detention of Tyurkel Alisoy, an activist of the Popular Front Party of Azerbaijan (PFPA), and the explosion in the basement of the house, where the PFPA had its office, as examples of the "terror against the opposition."

According to her story, in the first place, the illegal eviction of Baku residents from old neighbourhoods will turn into mass protests.

Jamil Gasanli, an ex-presidential candidate from the opposition and the head of the National Council of Democratic Forces (NCDF), asserts that Azerbaijani officials are much deeper in corruption than even their Ukrainian counterparts.

In the opinion of Zafar Guliev, a political scientist and an NCDF member, there are no strong political parties in Baku capable to launch large-scale protests, while the civil society is passive and poorly organized. At the same time, he is sure that an outburst will once happen, since the authorities themselves are pushing people to protests by refusing to communicate with the leaders of the opposition, and with the civil society.

Riot in Azerbaijan will be more dramatic than in Ukraine: Predicts ex-speaker Rasul Guliyev