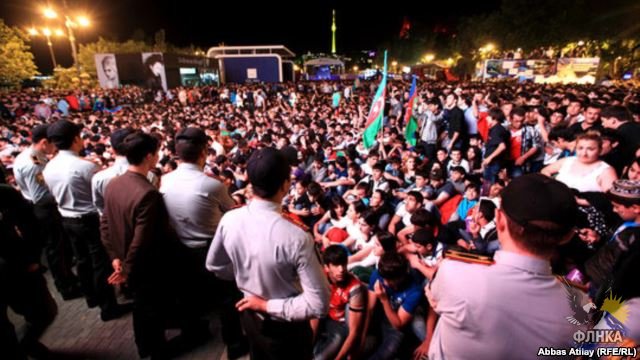 Twenty-nine people will go on trial in Azerbaijan next month for allegedly plotting terrorist attacks -- including a purported plan to assassinate President Ilham Aliyev -- during last year's Eurovision Song Contest in Baku.

The Baku Court for Serious Crimes said on June 13 that a preliminary hearing has been set for July 2.

Azerbaijan's security ministry announced after the event last year that it had foiled a bid to stage "terrorist" attacks during the Eurovision competition and arrested more than 40 suspects.

At least seven already have been convicted of terrorism and high treason, receiving prison sentences between 12 and 14 years.

Investigators said the group had links with neighboring Iran.

The group's leader reportedly was killed during an operation to arrest the suspects on the eve of the competition.

Trial over 29 militants starts in Azerbaijan