Journalist Gunned Down in Dagestan 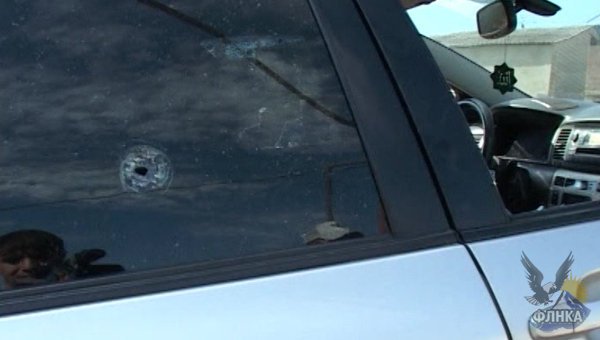 MOSCOW, July 9 (RIA Novosti) – A journalist killed Tuesday in the volatile North Caucasus Republic of Dagestan was likely to have been assassinated because of his work, according to investigators.

Akhmednabi Akhmednabiev, an editor at local newspaper "Novoe Delo," died in his car outside his house in Makhachkala, the regional capital, after it was fired on at about 7:00 a.m. by unknown assailants, the Investigative Committee said in a statement.

It was not the first attempt on Akhmednabiev’s life, according to editor and colleague Gadzhimurad Sagitov, who said that when Akhmednabiev’s car was shot at earlier this year in a similar attack, the police only opened a case to investigate property damage.

Various motives for the crime are being considered, but the “most likely version is that Akhmednabiev’s murder is linked to his professional activities,” according to the Investigative Committee.

Akhmednabiev was a deputy editor at Novoe Delo, a weekly newspaper founded in 1991, where he wrote about Dagestani politics, according to the publication's website. He was also a contributor to Kavkazky Uzel, which publishes online news about the North Caucasus. The Investigative Committee said in their statement that Akhmednabiev was the intended target of a January assassination attempt.

“He said that he will remain here, no matter what. I think he understood that something like this could happen to him,” said Sagitov, who confirmed that Akhmednabiev had received death threats in recent months.

Russia is one of the most dangerous countries in the world for journalists, with 55 confirmed assassinations of media employees since 1992, according to international monitoring body Committee to Protect Journalists.

The Organization for Security and Co-operation in Europe (OSCE) condemned the killing in a statement posted on its website Tuesday. “I am alarmed that yet another journalist has been killed in Russia,” said the OSCE representative on freedom of the media, Dunja Mijatović. “This murder is a horrid reminder that much more needs to be done in Russia to ensure and guarantee the safety of journalists.”

Many of the reporters and editors murdered in Russia have been killed in the troubled North Caucasus, which is plagued by a continuing low-level Islamist insurgency, high levels of organized crime and endemic corruption.

Kazbek Gekkiyev, a news anchor for a regional affiliate of state-owned broadcaster VGTRK, died in December last year after being shot three times in the head when returning from work in Nalchik, the capital of the North Caucasus Republic of Kabardino-Balkaria. The man suspected of killing him was himself gunned down two months later, Vesti reported.