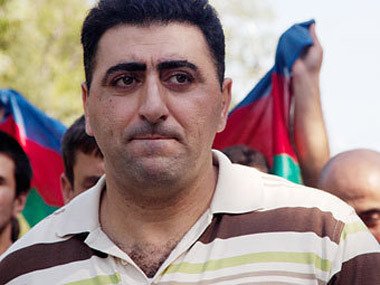 Ramil Safarov, a man who savagely murdered an Armenian military officer and was glorified back home, was denied a land for building a house, Azerbaijani website “Bizim Yol” reads.

According to the website, Safarov, who was recently vacationing in Goygol region, addressed to District Chief Executive Arif Seyidov with a request of land allotment in villages Chaykand, Ashigli or Yeni Zod for building a summer house. His request was initially approved, but later he received a denial.

Ramil Safarov called up the District Chief Executive, “But Arif Seyidov’s reply “wait for a while” disappointed Ramil Safarov, and he changed his mind to purchase the land. After learning about the incident, some residents of the village offered Ramil Safarov their own lands,” the source reads.

In 2004, Armenian officer Gurgen Margaryan was taking part in a three-month English course of NATO “Partnership for Peace” in Budapest. Early in the morning of February 19 he was murdered. The murderer – Azerbaijani officer Ramil Safarov - delivered 16 blows of ax to the face of the sleeping Armenian officer. As a result, the Hungarian court found him sane and sentenced him to life imprisonment without a right of pardon for 30 years. The news about the extradition of Ramil Safarov to his homeland and pardon by the Azerbaijani president Ilham Aliyev broke out on August 31.

Because of Safarov’s extradition to Azerbaijan the president of Armenia Serzh Sargsyan announced the suspension of diplomatic relations with Hungary.

Safarov’s extradition, pardon, and glorification in Azerbaijan was condemned by the US president Barack Obama, US State Department, Ministries of Foreign Affairs of Russia and France, Secretary General of Council of Europe, Secretary General of CSTO, NATO, and international human rights organizations. In addition to that, European Parliament adopted a condemning resolution on September 13, 2012.