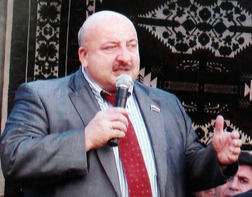 Anatoly Karibov was appointed First Deputy Prime Minister, Ramazan Jafarov, Magomedgusen Nasrutdinov, Abusupyan Harharov, Alexander Kharchenko and Sharip Sharipov – the deputies. Alexander Ermoshkin will serve as the Permanent Representative of Dagestan under the President of Russia. 12 ministers out of 18 have been appointed, and only three of them are new. The chairman of the State Duma Committee on Nationalities, Gadzhimet Safaraliev, spoke to Vestnik Kavkaza about what has changed in the government of Dagestan.

"I can't say that the government is new, because almost all the ministers were reinstated, there are only three new ministers at the moment: the ministers of culture, social welfare and finance. The rest are the old ministers. Their task is the same ten directions, the ten orders given by the interim President of Dagestan, Ramazan Abdulatipov," Safaraliev said.

In general, the expert said, the government will be given a more precise vector in which to work. "I think the interim president will designate more specifically the unfulfilled tasks and new orders to be given to this government," he said.

Meanwhile, the government is bound to have an interim status, as there are only one and a half months left until the election day, September 8, when the president of Dagestan will be elected and the new government formed. "There will be some changes, in my opinion, they are necessary in some areas," Safaraliev said.