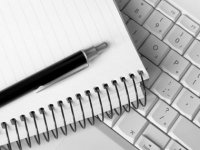 Claudia Saltz, the head of the political section of the German newspaper “Der Tagesspiegel”, notes that she has also written critical articles on the eve of "Eurovision" song contest. As noted in the article in this regard newspaper will send another correspondent to Azerbaijan this time.

"She also spoke out in defense of her Azerbaijani colleague Khadija Ismailova, stressing the inadmissibility of persecution of freedom of speech in the country," the article states.

In March 2012, Khadija Ismayilova, "Radio Liberty" journalist, was subjected to blackmail and threats while conducting investigation on the secret business of Aliyev clan. She told this to the press declaring about the threats after which her intimate video record taken with a hidden camera appeared in the internet. Ismayilova was subjected to harassment by pro-governmental media in Azerbaijan, which accused her of "immorality." Independent experts and advocates have argued that the video has been taken by special services of Azerbaijan.