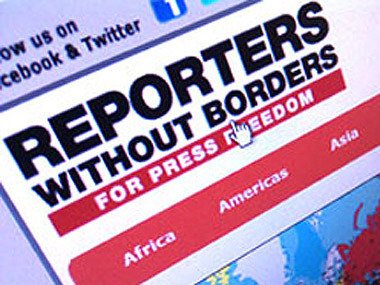 Three Azerbaijani journalists Khadija Ismayilova, Malahat Nasibova and Ganimat Zahid are included in the list of "100 information heroes” created by an international organization in defense of the press called "Reporters Without Borders” the day before World Press Freedom day. The list of the journalists is posted on the organization’s website.

"Those "information heroes” are a source of inspiration for all men and women who aspire to freedom,” said Reporters Without Borders secretary-general Christophe Deloire.

The report notes that Azerbaijani journalist Khadija Ismayilova was forced last year to sweep the streets for taking part in an unauthorized demonstration, during which the journalist said with a smile that she would be "cleaning this country of filth”. Reporters Without Borders notes that Ismayilova is known for her in-depth investigations into corruption at the highest levels of government.

It is stated in the report that in the course of 15 years of fighting for freedom of information, the journalist of Azerbaijani news agency Turan Malahat Nasibova has never been deterred. She was branded an "enemy of the people”, she was threatened for several times for her investigations. In Nakhijevan, in a region known as "Azerbaijan’s North Korea” for its repression and lack of pluralism, she tackles any subject including corruption, human rights, violation, public health issues and electoral fraud.

"Ganimat Zahid, who has already served two years and a half in prison on a ridiculous pretext, knows that freedom is hard-fought. The newspaper he runs, Azadliq is one of the last remaining opposition titles still standing in a ravaged media landscape. However, it is struggling for its survival”, - Reporters Without Borders note.

The list of "100 information heroes” contains names of 65 country representatives who are from 25 to 75 years old.