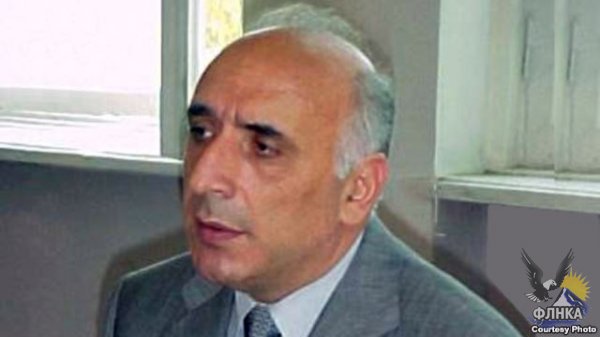 Akif Muradverdiyev, 65, a former career Communist Party functionary who later served as a member of the late Azerbaijani President Heydar Aliyev's staff, has been sentenced to four years in jail on a charge of seeking to smuggle out of the country tsarist-era gold coins that he claims were planted in his hand luggage. He pleaded not guilty to that charge and plans to appeal the sentence.
Muradverdiyev was apprehended at Baku airport in late June when about to board a flight to Moscow. According to his lawyer, Fuad Agayev, Muradverdiyev had already gone through customs and passport control and was about to board the aircraft when he was asked to step aside and hand over his hand luggage, after which he was ushered into a room. Then his hand luggage was brought in and searched, yielding the 40 gold coins, whereupon Muradverdiyev was arrested.

Commentators in Baku drew a link between Muradverdiyev's detention and his previous imprisonment seven years ago. He was one of a group of 17 people, including several senior officials, arrested just three weeks before the October 2005 parliamentary elections on suspicion of plotting a coup d'etat, but was sentenced in late 2006 to six years in prison on the lesser charges of large-scale embezzlement of state property, abuse of his official position, and accepting a bribe. That sentence was suspended after one year, and he was released from prison.

Muradverdiyev's co-defendants were less fortunate. Former Health Minister Ali Insanov, who received an 11-year sentence, remains in jail. Azerbaijan's Supreme Court has ordered a new investigation into his case after the European Court of Human Rights ruled in March 2013 that his right to a fair trial had been violated, and ordered the Azerbaijani authorities to pay him 10,000 euros ($13,741) in compensation.

Former Economic Development Minister Farxad Aliyev (no relation to the president) was pardoned and released from prison two months ago after serving six years of the 10-year prison term handed down to him in 2007 after a trial during which, according to human rights activists, the prosecution failed to produce evidence to substantiate the charges against him.

Aliyev's brother Rafik, a former chairman of the board of the Azerpetrol group of companies, who was jailed for nine years, was also released. The two men had publicly retracted their support for opposition presidential candidate Camil Hasanli, who had headed the public committee to defend their rights, and affirmed their support for Ilham Aliyev in the October 9 presidential ballot.

Muradverdiyev too had publicly endorsed Ilham Aliyev's presidential candidacy, and called on the electorate to cast their ballots for him. But that was apparently not enough to counter suspicions regarding his political reliability. At the time of his arrest, his lawyer, Agayev hypothesized that "on the eve of the presidential election, the authorities are conducting politically motivated arrests of former figures from the ruling elite to prevent them supporting the opposition."

Arastun Orujlu of the East-West Research Center similarly noted that Muradverdiyev "was a member of the ruling team. But then he was expelled from it and arrested. The authorities are afraid of such [people] insofar as they think their hidden resentment poses a potential threat."

The Regnum news agency quoted unnamed observers as suggesting that Muradverdiyev was acting as liaison between the opposition National Council of Democratic Forces and unspecified circles in Moscow.