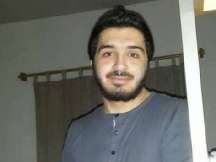 Reporters Without Borders condemns the five-year jail sentence that Omar Mamedov, a 19-year-old blogger and opposition activist, has received from a Baku court on a trumped-up drugs charge. He was the victim of a politically-manipulated trial designed to silence a government critic.

Bloggers continue to be jailed in Azerbaijan despite President Ilham Aliyev’s claim to the Council of Europe’s Parliamentary Assembly on 25 June that his country has "a free Internet.”

The Baku court imposed the five-year jail sentence at the prosecution’s request on 4 July after convicting Mamedov of "possession of drugs” under article 234.4.3 of the penal code – a charge routinely used against opposition activists in Azerbaijan.

Held since 24 January, Mamedov was an active blogger who often reported human rights abuses and used to manage the "Selections from AzTv” and "Named after Heydar Aliyev” Facebook pages, which are very popular news sources because of their caustic criticism of the government. "Selections from AzTv” was visited by around 500,000 people in June.

"This was the latest of many political trials, one in which defence rights were violated in order to silence an outspoken critic,” said Johann Bihr, the head of the Reporters Without Borders Eastern Europe and Central Asia desk.

"We call on the justice system to overturn this conviction on appeal and acquit this blogger of the absurd charges brought against him. The Council of Europe should draw the appropriate conclusions from this increase in repression being orchestrated by Azerbaijani government.”

Mamedov insisted on his innocence throughout the trial. Referring to article 295 of the penal code, he told the judge and prosecutor: "You will be punished in the future for every unjust verdict you issue. Neither you nor your bosses will be able to avoid it.”

His lawyer, Khalid Bagirov, and the Institute for Reporter Freedom and Safety (IRFS) said the prosecution produced no evidence to support the charges. Observers said the fact that the court took 50 minutes to read the complete verdict after the jury deliberated for only half an hour reinforced the impression that the verdict was decided in advance.

Mamedov was studying abroad when his father was summoned to the interior ministry’s general directorate for organized crime and was told to get his son to stop "slandering” the government. Mamedov said he returned to Baku to ensure that the harassment of his family ended, although he knew what awaited him.

Bagirov said he would file an appeal with no expectation of success because he wanted to exhaust all possible legal recourse in Azerbaijan in order to refer the case to the European Court of Human Rights.

Azerbaijan assumed the rotating presidency of the Council of Europe’s committee of ministers on 14 May. It is the most repressive of the organization’s 47 member states, which is supposed to guarantee respect for human rights in the region.

Ranked 160th out of 180 countries in the 2014 Reporters Without Borders press freedom index, Azerbaijan has more journalists and netizens in prison than any other former Soviet republic.