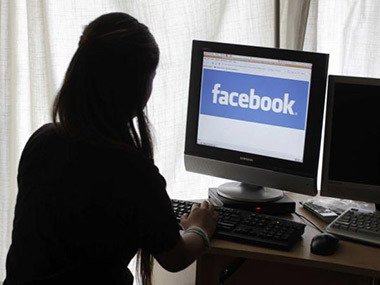 According to the material, the court found Mursalli guilty under the Article 234.4.3 (illegal possession and sale of drugs on a large scale) of the Criminal Code of Azerbaijan, Ulvi Hasanli, Nida board member, told "Kavkazskii Uzel".

Hasanli also noted that Mursalli has criticized the Azerbaijani authorities in the social network Facebook, during the presidential elections held on October 9, he had actively participated in the campaign in support for the opposition candidate of the National Council of Democratic Forces (NCDF) Jamil Hasanli in the northern region of the country. He was distributing campaign materials and participating in rallies in Baku.

As noted in the material Mursalli was arrested on October 3, 2013 in city of Khachmaz and was brought to Baku in the MIA General Directorate for Combating Organized Crime.

"Afterwards, he told that in the GDCOC he was tortured because of posting criticizing statuses in Facebook addressed to the authorities. But because of the fact that they had promised his parents that their son will soon be released, they were not giving publicity to Mursalli’s arrest. However, in jail in Kurdakhani Elsever told activists of Nida about what happened to him. He expressed a desire to join the movement. We gave him a questionnaire and he was accepted into the organization," Hasanli said.

"Actually, grave crimes indictments, then pronouncement of "soft” sentence on them seem to become a new trend. The same happened to the chief editor of the newspaper "Tolishi sado" Gilal Mamedov, who was almost to face a life sentence, but then 5 years imprisonment was pronounced. Leader of the Real movement Ilgar Mamedov and deputy chairman of the "Musavat" party Tofig Yagublu, who were accused of riots in Ismailly, were sentenced by 7 and 5 years' imprisonment, while they were facing a 12-year term imprisonment. Now, Elsever Mursalli is given "only" 5 years," commented Rasul Jafarov, the head of "Community of legal protection and education", on the court's decision.

According to human rights activist, it is difficult to say what the logic of the Azerbaijani authorities is. "Perhaps they want to show the "impartiality" of the court. But it is impossible to deceive the local and international community. Obviously, people are condemned innocently on trumped-up charges. Imprisonment of an innocent in prison even for one day is a gross violation of human rights," said Rasul Jafarov.

In his opinion, article 234.4.3 becomes typical for the active users of social networks. "Active Facebook users Abdul Abilov and Omar Mamedov have been previously accused of and arrested for selling drugs on a large scale. The same article was counted for Gilal Mamedov, who, in fact, also suffered for his online activities," Jafarov said.

The human rights activist noted that currently the number of political prisoners in Azerbaijan exceeds 130.