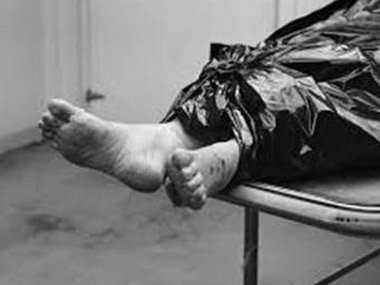 Rights activists in Azerbaijan say the government has yet to live up to its promises to protect women from domestic violence, writes Aytan Farhadova in an article published on the site of IWPR.

According to Mehriban Zeynalova, the head of the Clean World group which helps the victims of abuse over the last year, the headline figures are alarming.

Eighty-three women were murdered at home last year, and 98 others committed suicide in cases linked to domestic violence. Both figures represented a sharp increase on those for 2012, when 72 murders and 67 suicides were recorded.

According to the article, one of these murders was that of Narmina Valiyeva, a 15-year-old who died after she ran away from home, only for police to bring her back there instead of referring her to social services as a vulnerable minor. After she was brought back, Narmina’s parents took her to a gynecologist who confirmed that she was still a virgin, to dispel what her father said were "rumors in the village”, and then took her home. Her 16-year-old brother has been arrested and charged with her murder.

"The stereotypical view is that violence within the family is a matter for that family alone,” Zeynalova explained. "So instead of protecting someone who’s fled her home, they return her to that family. This is the cause of these tragedies,” she explained.

Among the 720 women who sought help from Zeynalova’s group last year was a 33-year-old from Shamkir district in northwestern Azerbaijan. She told IWPR how her mother pressured her into marrying a cousin, who left her five years later and went off to Russia.
"My family sent me to him three times, and every time he sent me back. Officially we’re still married because my family won’t let me apply for a divorce,” she said.

Things got worse when the woman told her own family that she had met someone else and fallen in love.

"My brother found out about it. He locked me inside the house, bound my hands and feet and beat me for days, abusing me in all sorts of ways. It all happened in front of my children. He threatened to take them away from me if I got married,” she said. "Not even my mother would stick up for me.” According to her they will just kill her if she gets back.

According to IWPR Azerbaijan’s parliament passed a law designed to stop domestic violence in 2010, but key parts of it cannot be implemented since that would require a set of amendments to the criminal code. These have not yet been passed.

Matanat Azizova, head of the Women’s Crisis Centre, explained that a central part of the law envisaged the establishment of refuges for the victims of domestic violence.

"These shelters, together with safety orders and [other] legislative actions, could have provided secure lives for women. But sadly officials are not working on this,” said Azizova, whose center saw 2,500 women last year. "The number of suicides and domestic murders has therefore increased.”

Hijran Huseynova, head of the government’s Committee for Families, Women and Children said the main focus of policy should be on early marriage.

Elman Babayev, a spokesman for the labour and social affairs ministry, said two million manats (2.5 million US dollars) had been assigned from last year’s budget to set up the refuges, although they were not yet functioning.