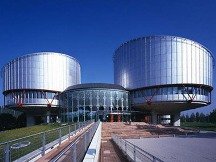 For citizens of Azerbaijan who have exhausted all opportunities for justice at home, the European Court of Human Rights (ECHR) can offer a last resort as the non-government organizations specializing in legal advice and human rights are closing one after another, reads Leyla Mustafayeva’s article published on the IWPR site.

The article reads that on of such organizations, Legal Education Society, closed down recently after its leader, Intiqam Aliyev, was arrested. The prosecutors built a case against him for tax evasion, abuse of office and illegal business activities.

As the article notes, recently was closed also the Media Rights Institute, which has also worked on ECHR cases. In an August 15 statement, its head Rashid Hajili said he had been forced to take this step because the organization was in financial trouble.
According to the author the loss of the institute will have a severe impact on people like journalist Afgan Mukhtarli, who has six cases currently before the ECHR.

"The organisation [Media Rights Institute] provided legal assistance on 150 court cases concerning journalists,” Mukhtarli said. "It defended my interests in all these [six] cases. Now the cases revert to me, and there’s no one to defend my rights. There are very few independent lawyers.”

However, as noted in the article, many people suspect that it has been forced to close for political rather than financial reasons, but that it is just not in a position to say so openly.

Thus, Khadija Ismayilova, a leading investigative journalist, told that it was obvious the Media Rights Institute had been put under severe pressure.

Ganimat Zahid, editor-in-chief of Azadliq, an opposition newspaper, agrees that the Media Rights Institute was forced to close rather than choosing to do so.

"Government pressure is the reason why the Media Rights Institute has stopped operating,” Ismayilova said. "The institute’s accounts have been frozen, and its head (Hajili) emigrated a long time ago. Then he suddenly returned and announced that the institute was closing.”