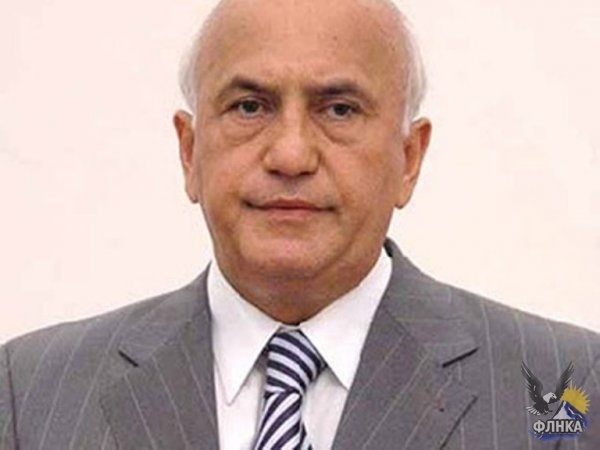 On November 15 the Plenum of the Supreme Court of Azerbaijan, having considered the decision of the European Court of Human Rights against the former Minister of Healthcare Ali Insanov, overturned thesentence of the Supreme Court and the Baku Court of Appeals regarding Insanov’s case, the Azerbaijani news agency "Turan" reports.
"At the same time, the Plenary Session upheld the first instance court’s verdict on sentencing Insanov to 11 years in prison. However, according to the decision of the Plenum, the case is sent for re-trial investigation to Baku Court of Appeal taking into account the guidance of ECHR," said Insanov’s lawyer Togrul Babayev.

He called the court's decision unfair and biased, because, despite ECHR’s statement about the violation of Insanov’s rights, the Supreme Court kept him in custody.

The lawyer believes that the Baku Court of Appeal should release Insanov from prison based on the ECHR decision.

The agency notes that journalists and about 50 of Insanov’s supporters were not allowed at the hearing. Insanov himself was not allowed to the process.

Healthcare Minister of Azerbaijan Ali Insanov was arrested on political charges in 2005 on the eve of parliamentary elections of the country. He was accused of preparing the forcible seizure and retention of power and preparing the riots. At the same time the former Economic Development Minister of Azerbaijan Farhad Aliyev and his brother Rafiq Aliyev, who was the head of the largest private oil company Azpetrol was arrested. Insanov was sentenced to 11 years in prison on charges of embezzling the state property on large scales.

Former minister Farhad Aliyev was sentenced to 10 years in prison.

On November 9, in 2010 The Strasbourg court brought in a verdict in connection with the case of Farhad Aliyev, stressing that during the arrest and trial the rights of the former minister in Azerbaijan have been violated. According to the decision of the European Court, recoverable compensation should be given to Farhad Aliyev in the amount of 16 million euros for the moral damages and 25 million euros for pecuniary damage. The point is Ali Insanov European Court is still pending. By the Human rights organizations and the PACE rapporteurs Ali Insanov is included in the lists of the political prisoners.

On 14 March 2013 the European Court of Human Rights published the decision of Ali Insanov’s case. The Court acknowledged the violations committed against Insanov’s rights guaranteed by the Article 3 and 6 of the European Convention on the Human Rights and issued a decree on paying him a compensation of 10,000 euros.