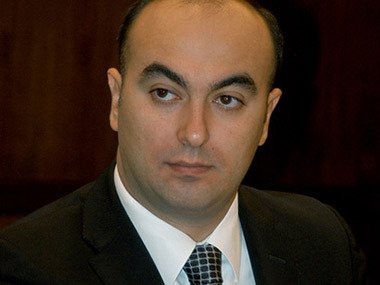 Order of Aslanov’s dismissal was placed in the official website of the President of Azerbaijan. Haqqin.az and Turan have already reported that according to unconfirmed information criminal proceedings against Aslanov have been launched. Turan as well noted that the Press Service of the General Prosecutor’s Office neither denied nor confirmed the information. Turan states that in recent times Azerbaijani media have reported that Elnur Aslanov is connected with religious movement Nur, headed by Fethullah Gulen.

The ruling party "Yeni Azerbaijan” has given its official explanation concerning the dismissal of the presidential administration official, who was previously highly approved.

According to the Azerbaijani news agency APA deputy executive secretary of the party "Yeni Azerbaijan” MP Siyavush Novruzov expressing his attitude towards Aslanov’s dismissal immediately assured, "No one is being dismissed in Azerbaijan for their religious beliefs. Simply every structure has a notion concerning employees; whether the leadership is satisfied with the quality of an employee or not. Decisions are made based on this notion.”

Novruzov as well said, "The case simply is that some intelligence circles have created certain groups that don’t have anything to do with religion. They receive funds with the help of which under the guise of religion try to create their groups, organizations in Azerbaijan.”

However, the prevailing view in the media is that Aslanov got fired because of his ties with Nurs. Azerbaijani portal Haqqin.az reports that "young careerist” Elnur Aslanov "destroyed his credibility in the eyes of the President”. The article reads that Aslanov, a man who doesn’t even have higher education, by chance got to the Presidential Administration as a referent. "Then it was decided to make him an official. He was promoted from referent to the head of a department. And now look…An upstart, brazenly stealing paragraphs from the articles of Russian political scientists, feels as if he is a scholar, strong politician from a cohort of Franklin, Churchill and Kissinger, as his mother, an MP said. He contacted with a sect of Nurs and like shovel officials took over merciless money-making,” the portal reports.

The author notes that the Azerbaijani authorities are often criticized for gerontocracy under which the youth is not allowed to move forward. "They have promoted him, gave him an opportunity to do fantastic carrier at the age of 37. And what do you think he did? Ad locum betrayed his native authorities, the president as well as religion and sworn allegiance to the missionaries. Besides, he imagined himself as policy strategist. What can the president do after all of these,” Haqqin.az reports.

The portal also cited the words of Azerbaijani political analyst Gabil Guseinli, who while commenting on the dismissal of the presidential administration official said, "The fact that such a high-ranking official as Elnur Aslanov has made contacts with anti-state forces is very disappointing.” The political analyst as well noted that "Elnur Aslanov was very much trusted upon”.

"This is a really dangerous precedent. If Nurs have their people in the government of Azerbaijan, the latter needs to get rid of them immediately. As Nurs want to build religious state and even change the national essence of the republic,” Gabil Guseinli said.

The political analyst was also sure that Aslanov was not the only man of Nurs in Azerbaijan. "It is likely that there are other Nur officials who need to be eliminated,” he said.

Turkish media have also paid attention to the Aslanov’s case. One of the popular newspapers of Turkey "Yeni Shafak” has placed the dismissal of department head of the presidential administration of Azerbaijan Elnur Aslanov as a leading article. The article entitled "Aliyev dismissed one of the closest persons to Gülen” notes that Aslanov was the head of Nur movement in Azerbaijan. According to the newspaper, it has been a while that Azerbaijani media report about Aslanov’s involvement in the sect of Nurs. As it is stated in Haqqin.az the newspaper "Yeni Shafak” belongs to the brother-in-law of the PM of Turkey Recep Tayyip Erdoğan.

The portal as well notes that another popular Turkish newspaper "Haber” has placed an article about the dismissal of Aslanov. In the article entitled "Azerbaijani Imam is dismissed” is as well noted that Aslanov was the head of Azerbaijani Nurs. Haqqin.az states that the media which are close to PM Recep Tayyip Erdoğan have paid special attention to the dismissal of Aslanov.

Nur sect leader is Turkish billionaire Fethullah Gülen. He also owns large industrial and financial companies and holdings worldwide. Gülen owns a large network of schools and educational institutions. In 1998, Gülen was accused of attempting to overthrow the existing regime in secular Turkey. At the same time avoiding the punishment, he immigrated to the United States. When the AKP came to power all charges against him were dropped. Turkish Prime Minister R. T. Erdogan and the Justice and Development Party are accused of having ties to Gülen. According to various estimates, about five million people in Turkey and abroad (particularly in Azerbaijan and Central Asia) are involved in the Gülen movement.

In some countries, particularly in Russia, the Gülen sect "Nurjular" (or "Nur") is prohibited, and its followers are held accountable for spreading extremism. The Russian FSS believes that members of the sect are collecting intelligence in favor of Turkey and have ties with terrorists in the North Caucasus.