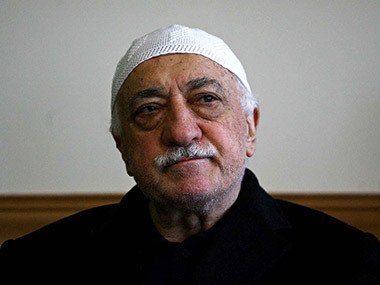 Individuals linked to the leader of Nur Movement Fethullah Gülen bribed government officials in Azerbaijan in an operation approved by its leader, writes Turkish Daily Sabah in a letter addressed to Gülen. The mentioned letter leaked to the Internet.

"The report shows that the movement controls assets of over $2 million in the country and "presented gifts to influential people in Azerbaijan" worth $732,000, implying bribery, as well as expenses of over $3 million for "friends in state agencies,” Daily Sabah writes.
Note that recently Azerbaijani media, particularly the newspaper "Yeni Musavat” has disseminated information that the official circles of Turkey have provided the Azerbaijani government with a list of high-ranking officials of Azerbaijan in the administration of President Ilham Aliyev and the Azerbaijani government, which include or are related with such religious direction, as Nursizm.

Nur sect leader is Turkish billionaire Fethullah Gülen. He also owns large industrial and financial companies and holdings worldwide. Gülen owns a large network of schools and educational institutions. In 1998, Gülen was accused of attempting to overthrow the existing regime in secular Turkey. At the same time avoiding the punishment, he immigrated to the United States. When the AKP came to power all charges against him were dropped. Turkish Prime Minister R. T. Erdogan and the Justice and Development Party are accused of having ties to Gülen. According to various estimates, about five million people in Turkey and abroad (particularly in Azerbaijan and Central Asia) are involved in the Gülen movement.