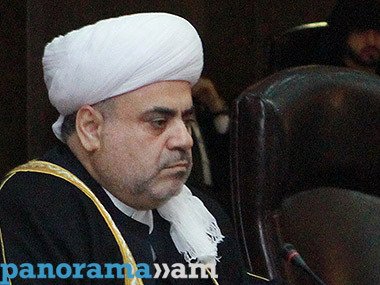 According to the letter, in 1997 with the financial support of Saleh Ashura Company "Ahl al-Bayt" was founded in Baku. However, in 1998 the headquarters of the organization was closed down by the Ministry of National Security of Azerbaijan. The report said that for the resumption of the company’s activities Saleh Ashour gave CMO chairman sum of money.

"During Allahshukur Pashazade’s visit to Kuwait Saleh Ashour asked him to assist in the company’s resumption process. Sheikh made it clear that for the resumption process 200 thousand dollars will be required. He took the money, explaining that it was required for the government officials. Subsequently, however, the company was not restored, and 200 thousand dollars were not returned either, " the report says.

The author of the letter says that till now on the weekly meetings of Shiites Saleh Ashour keeps talking about Allahshukur Pashazade who cheated him by appropriating 200 thousand dollars.

It is also noted that Saleh Ashour had founded "Ahl al-Bayt" company in Azerbaijan in order to strengthen promotion of Shiism in Georgia and Dagestan.

"Minval.az" notes that due to an investigation it was found that in the 90s there really existed a company called "Ahl al-Bayt." This company was mainly engaged in religious education. However, the company was closed in a while. At the same time there is information that Saleh Ashour is one of the most respected people in the Shia community of Kuwait, and is a Member of Parliament of Kuwaiti.

Saleh Ashour used to pay frequent visits to Azerbaijan and had close ties with local officials. He often visited Baku and stayed at Pashazade’s, the article reads.