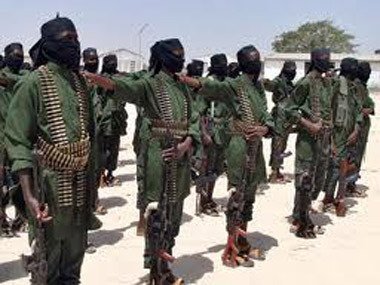 The son of the spiritual leader of Azerbaijan, the Chairman of the Caucasus Muslim Board Allahshukur Pashazadeh, Muhammad Pashazadeh has become a Wahhabi, it is reported in the letter sent to the editorial office of the Azerbaijani news portal Lent.az.

In the letter it is stated that Pashazadeh’s son after his marriage with the daughter of a Sunni Turkish businessmen Ali Evseni, first by the support of his relative joined the organization Ikhvan then with the help of the son of Sheikh’s close friend, MP Madar Musayev joined Wahhabis.

It is noted in the letter that Sheikh was against it. The article notes that Pashazadeh recently has criticized the radical religious sects and urged the public to fight against them.

After the portal Lent.az requested Caucasus Muslims Board to comment on the letter, on behalf of Sheikh it issued a statement noting that they are not going to comment on such groundless accusations.

The relationship between international terrorist groups and Azerbaijan originated in the early 1990s. That time, the Azerbaijani army, having failed in the aggression against Nagorno-Karabakh Republic (NKR), retreated with losses. Trying to save the situation, the Azerbaijani leadership, headed by Heydar Aliyev attracted to the war against the Armenians of Nagorno-Karabakh international terrorists and members of radical groups from Afghanistan (groupings of Gulbuddin Hekmatyar), Turkey ("Grey Wolves", etc.), Chechnya (groupings Basayev and Raduyev etc.) and some other regions.

Despite the involvement in of thousands of foreign mercenaries and terrorists in the Azerbaijani army during the war, the Azerbaijani aggression against Nagorno-Karabakh Republic failed, and the Baku authorities were forced to sign an armistice with the NKR and Armenia. However, international terrorists found ties in Azerbaijan, and used them in the future. Recruitment was conducted among Azerbaijanis, who then were sent to Afghanistan and the North Caucasus, where participated in the battles against the forces of the international coalition and Russian organizations. In recent years, the citizens of Azerbaijan are actively involved in terrorist and extremist activities in Russia, Afghanistan and Syria.

Sheikh, as a fighter against terrorism