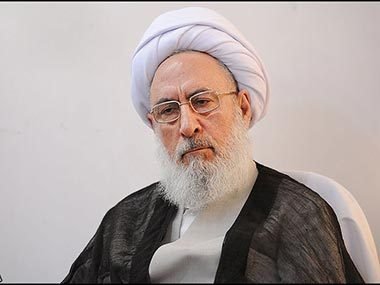 "There are serious limitations in connection with wearing "hijab,” reports the Iranian "Arannews.ir” site, quoting the representative of the Iranian religious leader in Eastern Atrpatakan province Mojahed Shabestari.

Iranian high ranked priest, during the Friday prayer has touched upon the pressures against Azerbaijani Islamist activists and has noted in particular, "In some of the Islamic countries such as Azerbaijan, right for wearing "hijab” (a suit for girls) is limited: most of the pious people who have attempted to fight against these limitations are arrested now.”

Recently, the author of an article published on Iranian official site "IRNA” has touched upon the situation of Islam detected in Azerbaijan. He has noted, "In 1996, as a result of the policy carried out by the Azerbaijani authorities the Islamist party of that country faced serious problems, and some of its leaders got arrested, the other part simply fled the country. Islamic State of Iraq and the Levant (ISIL) and other Salafi groups will strengthen their position in Azerbaijan until there is a favorable atmosphere in created in Azerbaijan for Islamic party.”

Earlier, Astara’s religious leader (imam jome) hojat ol-Eslam Qamez Hafez Nia, at an interview given to "Ghafghaznews” had touched upon the pressures against religious activists in Azerbaijan and had noted, "The leaders of Azerbaijan should learn from the past, and should set free the arrested religious activists. Reza Shah in Iran was also against hijab, as a result he lost his power. If the Azerbaijani leaders continue acting against the religious activists then they will lose their power, just like the Iranian Shah did.”