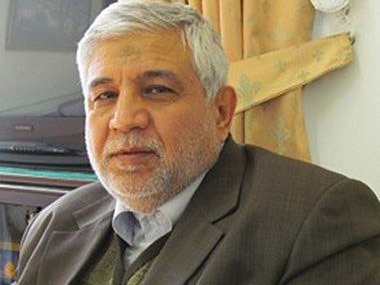 "Nizami Gyanjavi is a Persian poet who was born in Ghom city of Iran,” Mohsen Pak Ayeen claimed, reports the official site of the Iranian embassy to Azerbaijan.

During the interview given to "Hefte Ici” Ambassador of Iran has touched upon some of cultural disagreements between Tehran and Baku and has noted in particular, "Nizami Gyanjavi is a Persian speaking poet. As it is noted in one of his poems he was born in Ghom city of Iran at Ghahestan village. However he is buried in Gyanja city of Azerbaijan. The fact that the Persian language faces opposition in Azerbaijan is not good.”

Pak Ayeen continued the topic and added, "Persian is the language of the people of Iran. Some part of Fizuli’s poems are written in Arabic, do the Azerbaijanis oppose the Arabic language too?”

Iran and Azerbaijan have had disagreements in recent years over some cultural and historic issues. According to the Iranian side, in addition to maintaining that Nizami Ganjavi was an Azerbaijani, the Azerbaijanis try to present polo as well as Iranian musical instruments as those that originated in Azerbaijan, which has caused discontent of Iranian officials and art workers.