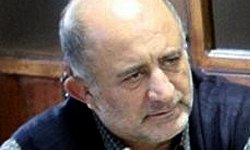 A senior Iranian legislator warned the Azeri government to avoid any further mischievous acts against Tehran or wait for the approval of a parliament bill by Iran which would require the government to revise the Turkmenchay treaty with Russia and re-annex Azerbaijan to Iran.

(Ahlul Bayt News Agency) - The republic of Azerbaijan was part of the Iranian territory until Iran lost it to Russia at the end of a war in the 19th century and under a treaty known as Turkmenchay. Azerbaijan gained independence after the collapse of the Soviet Union in the 1990s and in violation of the terms of the Iran-Russia treaty which envisaged a re-annexation of the territory to Iran after a century.

"We as the members of the Islamic Consultative Assembly (the Parliament) warn the Baku leaders that if they don't desist from their vicious acts, we will revise the two disgraceful and imposed treaties of Golestan and Turkmenchay in the parliament," representative of Azari-language speaking Oroumiyeh Nader Qazipour said at an open session of the parliament on Wednesday.

He also said that if a referendum is held among the Azeri residents of those cities which have been separated from Iran based on the Golestan and Turkmenchay treaties, the people of those areas will vote for their territories being annexed to Iran again.

In relevant remarks on Tuesday, another lawmaker announced that his colleagues at the Iranian parliament are working on a bill to revise the Turkmenchay Treaty with Russia and re-annex Azerbaijan to Iran.

"The Azari-language speaking members of the parliament will soon finalize preparing this bill," he said.

"Given the expiry of Turkmenchay Treaty, the forum of the MPs from Iran's Northwestern provinces are resolved to have a revision in the treaty," the lawmaker continued.

"We are trying to make use of all the potentials and capacities of relevant authorities to restore our indispensible right," he reiterated.

The most frustrating chapter in the history class! In 1804 Russia claimed and conquered Georgia. Iranian went to war to reclaim Georgia and free it from occupation, but thanks to the French betrayal in the first round of Russo-Persian wars they lost more.

The Treaty of Turkmenchay was a treaty negotiated in Turkmenchay by which the Qajar Empire recognized Russia's temporary suzerainty over the Erivan khanate, the Nakhichevan khanate, and the remainder of the Talysh khanate, establishing the Aras River as the common boundary between the empires, after its defeat in 1828 at the end of the Russo-Persian War, 1826-1828.

According to the terms of the treaty, all the 17 cities and regions that Iran had lost to the Russians would be given back to Iran after a century similar to the British-Chinese deal over Hong Kong.