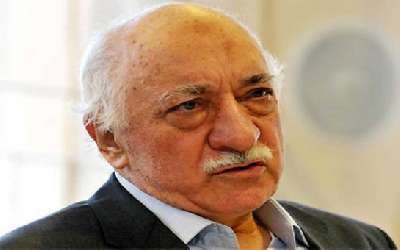 The Turkish newspaper "Akhsham" today released a sensational list of organizations in Azerbaijan, financed by known religious figure Fethullah Gulen. This list is based on the report written by Gulen who lives in exile in the USA, from one of the representatives in Turkey on behalf of Mustafa T.

In report Mustafa T. reported problems associated with the fact that many banks refuse to transfer large sums of money. Further, he writes that "$3,565,000 are allocated for a monthly support of friends in governmental organs of Turkey" , and $729,000 is allocated for influential persons in Azerbaijan."

- With the publication of books , magazines and other printed materials that promote movement "Khidmet" - $367,000;

- for symposia and conferences on the presentation of "Khidmet" Movement - $210,000;

- Imams and representatives of communities in various regions of Azerbaijan - $184,000;

The information on the financing of various individuals and institutions in Azerbaijan by Gulen had been published before, but all these reports were denied. The present publication is specific and suggests major positions of Nursists (the so called Gulen supporters ) in state agencies of the country.

Gulen preaches moderate Sunnism and advocates for the promotion of Islamic values through education, social support, etc. The network of Nursists have considerable respect and influence due to their organization and activity.

It is noteworthy that the Azerbaijani authorities regularly accuse the opposition of receiving funds from abroad, and at the same time state officials are funded by Gulen. Besides, the Azerbaijani legislation prohibits foreigners to establish and fund the media. But apparently, an exception was made for Gulen.