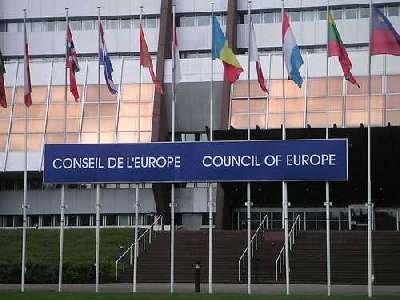 Council of Europe (CoE) member states have undertaken to respect fundamental freedoms. We are aware that democracy is in poor health in several other member countries, and all eyes are now on Russia. However, Azerbaijan is in particularly serious and constant breach of its binding and fundamental commitments to ensure freedoms of expression, assembly and association.

When Azerbaijan assumes the chairmanship on May 16, the CoE and the public will look to it to embody and project CoE values. So far, the government has created a difficult environment for human rights that is out of line with CoE standards and inconsistent with leadership of an organization grounded in human rights principles.

"I would hope that in the coming months, in the run-up to Azerbaijan's chairmanship of the Council of Europe, that the [Azerbaijani] leadership will see it as being in their interest to move forward on some of these issues because I think people want to see concrete progress on human rights, both in the context of the chairmanship and also surrounding the discussions about an action plan in cooperation with the Council of Europe," Muizniekstold RFE/RL.

Instead of heeding this call, the authorities have acted the other way round. The clampdown on freedom of expression, assembly, and association has accelerated in the months preceding the country’s chairmanship of the Committee of Ministers of the Council of Europe.

The journalists, bloggers and human rights defenders and protesters who have expressed critical or opposing opinions have continued to be arrested, detained and/or imprisoned. They are regularly harassed and subject to attacks while carrying out their work.

On March 17, two political activists, Ilgar Mammadov and Tofig Yagublu were sentenced to a lengthy prison term on fabricated charges, simply for being critical of the government. The U.S. Embassy in Baku, UK Foreign Commonwealth Office, the EU and French Ministry of Foreign Affairs strongly denounced the verdict and recognized it as "politically motivated”.

Anar Mammadli, chairman of the Election Monitoring and Democracy Studies Centre (EMDSC), a leading independent election monitoring group in Azerbaijan that has been observing elections in the country for more than 12 years, has been in pretrial custody since December 2013 under bogus charges of tax evasion, illegal entrepreneurship, abuse of office, service forgery and appropriation or plunder of property. If convicted he may face up to 12-year imprisonment.

The EMDSC closely monitored Azerbaijan’s October 9 presidential election and concluded that it was neither free nor fair. The organization documented extensive fraud on election day, as well as politically motivated arrests and prosecutions in the months before the vote. Other independent observers, including the Organization for Security and Co-operation in Europe, also found that the elections failed to meet international standards.

There are at least 17 prisoners of conscience in Azerbaijan, recognized as such by Amnesty International, imprisoned solely in connection with their attempts to peacefully exercise their right to freedom of expression.

In recent months, the Azerbaijani government has also introduced several new pieces of legislation that violate international standards, notably amendments to the Law on Assembly and the Law on Non-Governmental Organizations. These have had a negative impact on Azerbaijan’s civil society and its ability to speak out against human rights abuses.

We are concerned by laws which restrict civil society and which have been used to justify the wave of crackdownonhuman rights civil society organizations.

We are concerned by the arbitrary arrest, detention, and prosecution of peaceful protesters, journalists, bloggers, youth and opposition activists, and reports of their ill-treatment in detention and prisons.

We are concerned by an environment in which laws are used to arbitrarily restrict freedoms of expression, assembly, and association.

We call on the government of Azerbaijan to carry out quickly and consistently the human rights reforms that it has promised the CoE it will make and that are required of it as an CoE member. As an urgent step to be taken before the chairmanship the government should immediately release all prisoners of conscience; drop all charges against them.