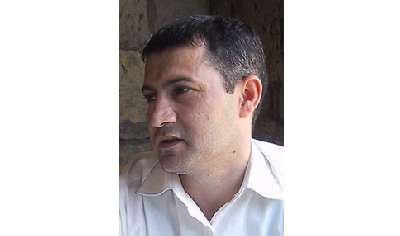 Six months after Azerbaijan’s disputed presidential election, the authorities are putting on trial an activist who had documented vote fraud as well as politically motivated arrests and prosecutions in the months before people went to the polls. The trial of activist Anar Mammadli is scheduled to start on Monday.

The election, which took place last October, was marred by an atmosphere of intimidation and allegations of fraud.

Mammadli has been behind bars since his arrest in December. He is chairman of the Election Monitoring and Democracy Studies Centre (EMDS), Azerbaijan’s leading independent election monitoring group, and has a 12-year track record in election observation. The EMDS is a successor organization to the Election Monitoring Centre, which Mammadli founded in 2001 and which monitored six elections in Azerbaijan before the authorities closed it in 2008.

The charges against Mammadli range from tax evasion to abuse of office, allegedly for intending to influence the election results, to the group’s lack of state registration – even though Mammadli unsuccessfully tried to register it many times. Mammadli has two co-defendants, his colleagues Bashir Suleymanli and Elnur Mammadov, who fortunately are currently free on bail while they await trial.

It seems clear that charges are related to EMDS’s preliminary post-election report, in which they concluded that Azerbaijan’s October 9 election failed to meet international standards. EMDS wasn’t alone – the Organization for Security and Co-operation in Europe issued a report with similar findings. On October 27, about a week after the EMDS’s initial report was published, the prosecutor general’s office opened an investigation against the EMDS and questioned Mammadli, Suleymanli, and Mammadov. Four days later, officials searched its office, confiscating equipment, financial documents, and material and findings that were needed for the final report, thereby preventing that report’s publication.

Amnesty International has declared Mammadli a prisoner of conscience.

The Azerbaijani authorities’ prosecution of a long-time and respected veteran of election observation shows how willing they are to blatantly silence a messenger and to abuse the criminal justice system to punish and deter their critics. Sadly, his case isn’t unusual. In the past year, Azerbaijani authorities have arrested dozens of political activists, bloggers, and the like on bogus charges.

The abusive prosecution of Mammadli also suggests the authorities believe they can simply roll off criticism by international human rights bodies. Yet the Azerbaijani government is treating with great fanfare its rotating chairmanship of the Council of Europe Committee of Ministers, which will begin in mid-May. The government should treat with greater respect its obligations to uphold Council of Europe standards. It should start by withdrawing spurious charges against its critics and freeing dozens of imprisoned activists, including Mammadli. And the Council of Europe and its member states should press harder to secure his release.