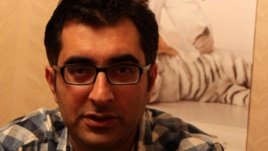 The head of an election watchdog in Azerbaijan, Anar Mammadli, and his two associates have been sentenced to jail for tax evasion, illegal business activities, and using their office to falsify election results.

On May 26, Mammadli, the chairman of the Election Monitoring and Democracy Studies Center, was sentenced to five and-a-half years in prison.

The director of the Union for International Cooperation of Volunteers, Elnur Mammadov, received a suspended two-year sentence.

Mammadli's supporters say the charges against him and his associates are politically motivated.

Earlier, the OSCE, the EU and U.S. officials expressed concerns over Mammadli's arrest in December.