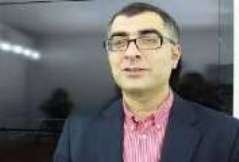 In an interview with Turan, he said Mammadli complains about his incarceration in a cold cell, which caused his illness.

The lawyer also said that after his arrest investigation is not carried out and they did not inform the counsel.

Anar Mammadli was arrested on December 16, 2013 on charges of illegal business, tax evasion, and abuse of office. The court sanctioned his arrest for three months. Amnesty International has recognized Mammadli "prisoner of conscience." Another organization in defense of human rights, Front Line Defenders included Mammadli in the list of 12 defenders, in defense which they launched a campaign dedicated to the Olympic Games in Sochi.

The real reason for the arrest of Mammadli is exposing the fraud of the authorities during the presidential elections in Azerbaijan in October last year.