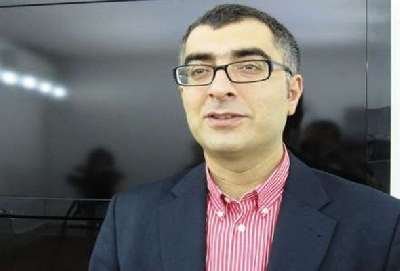 Anar Mammadov, the head of the Election Monitoring and Democratic Studies Center (EMDSC), who is kept in the pre-trial jail of the Ministry of National Security (MNS) was presented today the inspection report of the financial activities of this NGOs. The document on 50 pages was drawn up by the employees of the Ministry of Taxes, the Ministry of Finance, and the Council for State Support to NGOs under the President.

Mammedli was only given the opportunity to review the text, without giving a copy of the document, Turan was told by the lawyer Fariz Namazly. He noted that in the act speaks of tax evasion from grants received by the EMDSC, however Mammadov disagree with this accusation.

Moreover, the lawyer said , these agencies are not competent in assessing the financial activity of nonprofit organizations. A Council for State Support of NGOs , from which the ENDSC has never received grants, also is not a competent authority to assess financial performance of subjects of non-commercial law.

The lawyers believes that the conclusion by independent institutions specializing in this area can be objective in this regard.

Anar Mammadov was arrested on December 16, 2013 on charges of illegal business, tax evasion, abuse of office.

The real reason for the arrest of Mammadov is exposing the fraud authorities during the presidential elections in Azerbaijan in October last year.