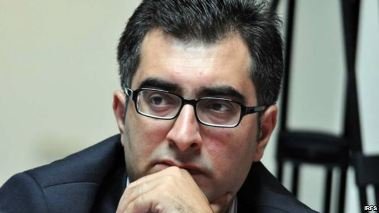 BAKU -- The head of an election watchdog in Azerbaijan, Anar Mammadli, has officially been charged with tax evasion, illegal entrepreneurship, and using his office to falsify election results.
The Azerbaijani Prosecutor-General's Office announced the charges in a statement on December 18, while also noting that Mammadli, the chairman of the Election Monitoring and Democracy Studies Center, had received a grant from the U.S. National Democratic Institute.

The U.S. Embassy in Baku and the OSCE's Office for Democratic Institutions and Human Rights expressed concern on December 16 over news that Mammadli would be held for three months in pretrial detention.

Mammadli's organization monitored elections in Azerbaijan this past autumn and exposed widespread irregularities and fraud during balloting and vote counting.

Mammadli's supporters say the authorities have been trying for years to silence him and his election watchdog.