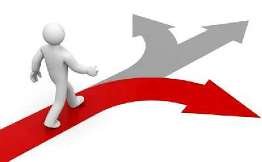 The OSCE Parliamentary Assembly held in Baku under the defiant name "Helsinki - 40 years later: towards human security for all" has left as many answers, as questions. Such challenges of session as respect for the territorial integrity of states, human rights, freedoms and democracy can be understood in the light of challenges towards the Helsinki Final Act on the part of Russia, committed aggression against Ukraine and Azerbaijan, and roughly violating constitutional rights of citizens.

Debates and voting results on the above topics have shown that most of the participating countries of the Helsinki Final Act have formed a single clear line against violators of international obligations.

If to continue this line of the session of the Parliamentary Assembly of the Council of Europe (PACE), which also demonstrated outwardly tough position against the troubled countries, it is easy to notice the new shape of politics in relation to the West, particularly Azerbaijan. Appeals and even demands for the release of political prisoners and revise policies on civil society institutions are reflected in the resolutions of the two parliamentary assemblies.
At the OSCE PA the President Ilham Aliyev repeated his arguments in favor of his course on reforming Azerbaijan, which he had previously voiced at PACE session in Strasbourg. Not recognizing the problems in the field of human rights and freedoms, Aliyev assured MEPs in accuracy and steadfastness of his specific course of reform. Novelty in the text of his speech in Baku can be called exculpatory motives of his own policy, which he formulated like this: 1) The stability of the political situation allows 2) to plan the future, and 3) to reach goals to modernize the country.
Thus, Aliyev made it clear  t hat he is busy designing the future associated with the modernization of Azerbaijan. President is not verbose in this matter, and does not note contours of modernization proposed by him. In the coming months they promise to familiarize the society with this project which is spoken about for six years, the European Commission President, Jose Manuel Barroso, said it during his visit to Baku.
The fact that Aliyev is preparing for some superficial democratic steps, is confirmed by a number of facts, including two important principle issues - political prisoners and NGOs. The authorities agreed to mediation of PACE co-rapporteur on Azerbaijan, Pedro Argamunt, in the issue of political prisoners, and began consultations with the NGOs on the fate of registration grants.

But this does not mean that Aliyev will agree to deep and broad changes in the near future, since they do not fit in his time designing the future. This is evidenced by his intolerance of criticism - after his speech at the PACE, he hastily left the city, and did not attend the press briefing; he did the same in Baku and left capital in an unknown direction in the session of the OSCE.

But, nevertheless, promising developments, including the signing of a strategic modernization with the European Union and the opening the UN General Assembly session in September will push Aliyev, as a participant in these two important events, to take democratic decisions popular in European liberal circles. Besides, on the quality of these decisions may depend on the level of the voyage of the President Aliyev to the USA, as it is important for him to shake hands with the president of the United States after third complicated re-election, what can be understood as a blessing for the realization the plan of strategic modernization in the projected future.