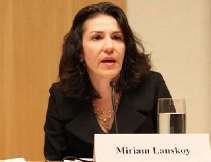 «The fact that the U.S. hasn’t responded in some kind of really tough way so far shouldn’t lead the Azeri government to think that it never will»

Despite its long-standing relationship with the U.S. and membership in Europe’s leading international institutions, Azerbaijan has recently intensified its anti-American campaign and crackdown against the western groups, as well as its use of the judicial system to punish civil society members and journalists. 2014 marked as especially bad year with Azeri government’s embarking on the biggest human rights crackdown in wider Europe, according to western observers.

Radio Azadliq, the Azerbaijani service of U.S.-funded Radio Free Europe/Radio Liberty, became the latest victim of the government-backed crackdown when the inspectors raided its Baku bureau to shut it down last week and forcibly detained the staff. Baku officials claim that the move was "related to national security matters.”

These developments also come at the time when oil-rich government is trying to spruce up its image by hosting the first European Games in 2015 and spending a sufficient amount of money for its lobbyism efforts in the U.S. and European capitals.

Has Azerbaijan gone too far this time in terms of its relations with the West?

In an interview with TURAN’s Washington D.C. correspondent, Miriam Lanskoy, Director for Russia and Eurasia at the National Endowment for Democracy, a U.S.-based foundation dedicated to the growth and strengthening of democratic institutions around the world, commented on the latest crackdown against western institutions in Azerbaijan and its affects on the U.S.-Azerbaijani relations.

A terrible year for civil society…

Question:  In your previous interview to TURAN early this year you’ve raised concern over Azerbaijan gradually becoming closer to Central Asia. Given what has happened during the year against civil society and media groups, where is the country heading?

Answer:  Azerbaijan was already doing very badly early this year, but 2014 was even worse. I don’t even know where to begin, frankly... So many people have gone to jail; so many organizations have been closed; lots of people had to leave the country and it has been a terrible year for civil society.

If it continues like this in the year ahead it really will resemble Central Asia. To some degree it already does. The only comparable thing I have seen was in Uzbekistan. There were very few Uzbek NGOs but after the Andijan massacre in 2005 they were closed and their people either went to jail or exile, hardly anything remains of that now.

Azerbaijan is looking as something similar. The latest that has happened is the raid at RFE/RL and interrogations of all of their journalists, which seem completely groundless and part of this effort is to destroy independent civil society.

Question: Has Azerbaijan gone too far this time in terms of its relationship with the U.S.?

Answer: In my view, it has gone too far long time ago. It’s hard to say where it ends. Certainly RFE/RL is an American institution and it’s also an NGO. IREX, NDI were also closed a few months ago; the previous Ambassador Richard Morningstar was treated very badly as he was denounced repeatedly. So there have been all kinds of anti-American statements and actions.

I remember in 2008 when BBC, VoA, RFE/RL were taken out of the air and that was seen as a big deal at that time. But it just keeps declining. So that now, we’re at the point where people are being detained for questioning and charged with strange anti-government activity...

It can take time to see more robust set of reactions

Question:  Where is the US in all these? Can Washington’s reaction be considered adequate to the ongoing crackdown?

Answer:  Obviously, each time something happened there have been statements condemning it. When the arrests started Ambassador Morningstar was still there and he did speak out very clearly on those issues. One of the problems was that there hasn’t been a U.S. Ambassador in Baku since July. State Department has made statements. Now there is a new Ambassador going to Azerbaijan in the coming weeks.

But it can take time to see more robust set of reactions. We also don’t really know what other conversations are going on behind the scenes. There might be more discussions than what we see publicly.

Question: Do you think it’s getting more difficult for the U.S. diplomacy to engage with Azerbaijan given the crackdown that is directly targeting the U.S.?

Answer:  I think they have many ways of engaging with Azerbaijan and the Azeri government hasn’t responded yet. They haven’t understood that this is really a problem for the relationship.

If you look at American policy towards Russia, for instance, you can see very gradual set of reactions. You can see where we’re now with U.S.-Russia relations. I hope it doesn’t wind up some place similar with Azerbaijan. But literally the U.S. had a goal of helping Russia to join the WTO; it was very much interested in international integration for Russia; and a year later we had sanctions against Russia.

So, the fact that the U.S. hasn’t responded in some kind of really tough way so far shouldn’t lead the Azeri government to think that it never will. These things just happen very gradually. We may see more measures in future. Or we may see the Ambassador who arrives there will find ways to engage the government.

On one level I simply don’t understand why Azeri government feels necessary to attack so many American NGOs and institutions. So they may find some kind of better dialog in the future as well.

From a gradual decline to a very steep decline…

Question: Some observers look for parallels between the crackdown in Azerbaijan and similar processes in Russia and Uzbekistan, which have also squeezed screws against western NGOs. Do you thing this is the same trend or it’s related to other regional factors such as Russia’s pressure?

Answer:  It’s hard for me to understand what is happening. I think there is more than one reason. As I’ve already said, there were bad trends in Azerbaijan going back to 2008 when VOA, RFE/RL and BBC were taken off the air. So there has been gradual decline going back to several years. But what has happened in the last year and a half is exponentially worse. So it was a gradual decline and then became a very steep decline.

The gradual decline is just tightening screws for domestic reasons, but in the context of the situation in the region: attention being focused on Ukraine, and the need for diversified sources of gas. The Azeri government has the sense that as long as they could provide an alternative source of energy, there would not be a lot of attention to human rights abuses. I think they are opportunistic. They calculate that in the in the contexts of everything going on in the world, no one will pay attention if they jail all their domestic critics.

Question: Given some commentators characterize Azeri leadership as pro-Russian due to their Soviet background, is the anti-U.S. campaign coming from Baku, or some other regional capitals?

In Kyrgyzstan, for instance, where there is an imitation of the Russian LGBT and NGO laws, it’s very clear. There are Russian advisors that are coming in, working with the government.  The increase in Russian influence is easily visible in many spheres of life in Kyrgyzstan.  With Azerbaijan though, I don’t have any reason to believe that this is about Russian pressure because I don’t see that happening. It isn’t that somebody is coming from Moscow with a copy of the Russian legislation. It’s happening in a very specific Azerbaijani form. You see RamizMehdiyev, you see the prosecutors and others…  So the way that the crackdown is happening in Azerbaijan doesn’t resemble the way that it happened in Russia. Some of the elements might be similar, such as, anti-American propaganda, calling the civil society "a 5th column,” etc. but at a level of mechanisms the crackdown in Azerbaijan is very different.

Question:  On one hand Azerbaijan has chaired Council of Europe (CoE) this year and will be hosting the European Olympic games next year. On the other hand we witness the ongoing crackdown against the West. What does this say to average Azeri people?

Answer: We were just talking about the U.S.-Azerbaijani relations and Washington’s reaction to the latest developments. At least the U.S. government makes statements and clear positions on the human rights and civil society issues. Council of Europe has not. Europe as a whole hasn’t been clear. I think this is a crisis for CoE.

Azerbaijan was never in compliance of any of its treaty obligations. Even when they were admitted into the CoE it was under condition that they would eventually meet the standards. And they never have, and it became a particularly strange situation to have the chair of the Council of Ministers to be carrying out the worse crackdown that we’ve seen in this region. If the US could do more, Europe could certainly try to do more to show the Azeri people that "on one hand yes, you’re welcomed in Europe, we want you to participate in and integrate into the world community and be part of these institutions, but on the other hand you have to live up to those commitments as well.”

Q. What is the reason behind the lack of western criticism, in particularly from Europe? Is it related to the Azeri government-backed lobbyism efforts?

A. There was the  "Caviar Diplomacy” report that was written a few years ago about how Azerbaijan targets influential people in the CoE that they really worked with different international institutions and diplomats trying to persuade people that Azerbaijan is better on these issues than it is. Azerbaijan has been working very hard to present itself in certain way in these international forums.

I think it’s also about gradualism that is ingrained for western diplomats and policy makers. Diplomats do not want to make harsh judgment and take hasty steps.  They want to approach every situation very cautiously. Unfortunately that is sometimes misunderstood by governments in the post Soviet space to mean that no reaction will ever come. But that’s usually a mistake. Authoritarian post Soviet governments like Azerbaijan, think that western diplomats are being cynical when they talk about human rights.  They don’t see immediate tough measures and therefore don’t take the statements about human rights seriously.  But they are misreading the west. The west is not cynical, it’s just cautious. It’s just a very gradual approach to how one goes about making foreign policy.

Messages to the Azeri government…

A. For Azerbaijan undermining its reputation internationally and its relationship with the U.S. and with Europe particularly as things are heating up around in Nagorno-Karabakh, is a big mistake.  It will be harder to make a case for support of Azerbaijan because it has such a poor human rights record. The crackdown on civil society undermines Azerbaijan’s strategic interests.

Q. Do you have any message to Azeri government and average people of Azerbaijan?

A. My messages for the government is to release the political prisoners, let the prisoners go. They are there unjustly; don’t wait for decisions of the European Court, or any other international response. It’s quiet clear that the people are arrested for the political reasons and some of them like LeylaYunus, IntigamAliyev, ArifYunus have serious health problems, they should be released on humanitarian grounds. And many of the others as well, such as youth activists, religious activists. It’s quite clear that the people are there unjustly.

To the people of Azerbaijan, I wish them a better year in 2015. Hope that in the New Year they may enjoy some of the true benefits of Europe and have better life in the future.