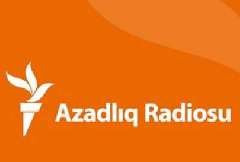 Radio Azadliq, the Azerbaijani service of Radio Free Europe/Radio Liberty, became the latest victim of the government’s campaign to stamp out media pluralism when inspectors raided its Baku bureau and then placed it under seal as they left.

They confiscated documents after breaking open the office safe. They also took two laptops, the office’s main server, cameras and video cameras, memory cards and other information storage devices,  reads a statement of the Reporters Without Borders.

"Word fail for describing the scale of the crackdown under way in Azerbaijan,” said Johann Bihr, the head of the Eastern Europe and Central Asia desk. "President Ilham Aliyev’s government is methodically crushing each of the remaining independent news outlets one by one. International bodies and Azerbaijan’s foreign partners need to respond firmly to such determined ruthlessness.”

The inspectors arrived at around 10:30 a.m. with a warrant issued as part of an investigation into several NGOs and media that receive foreign funding. They did not however show any document authorizing them to place the office under seal and they did not say how long the closure would last.

As soon as the inspectors arrived, the office’s phone and Internet lines were disconnected and most of the journalists were herded into a single room and were forced to stay there until the end of the operation, when they were escorted out of the building.

"This operation is clearly designed to block the activities of our Baku bureau and threaten our journalists,” Radio Azadliqdirector Kenan Aliyev told Reporters Without Borders.

In a statement, Radio Azadliq co-director and editor Nenad Pejic said: "The order comes from the top as retaliation for our reporting and as a thuggish effort to silence RFE/RL.”

The station added that it intended to continue operating in Azerbaijan. RFE/RL has been banned from broadcasting since 2009 but continues to reach the Azerbaijani public via the Internet.

In a separate development, a Baku court today rejected a request for the conditional release of Khadija Ismayilova, a leading investigative journalist and human rights defender who used to be Radio Azadliq’s Baku bureau chief.

Reporters Without Borders reiterates its call for signatures to its petition for the immediate and unconditional release of Ismayilova, who was arrested on trumped-up charges on 5 December.

The closure of Radio Azadliq’s Baku office follows similar measures against Azerbaijan’s leading media support NGOs in August, when the offices of the Institute for Reporters Freedom and Safety, the Media Rights Institute and the International Research & Exchanges Board (IREX) were all raided and place under seal.

The past few months have seen an unprecedented crackdown on Azerbaijan’s independent journalists, bloggers and netizens, as well as the NGOs that support them.

No fewer than 15 journalists and bloggers are currently detained in connection with the provision of news and information,without their right to due process being respected. This makes Azerbaijan Europe’s biggest prison for news providers.

Even before this latest crackdown, Azerbaijan was ranked as low as 160th out of 180 countries in the 2014 Reporters Without Borders press freedom index.