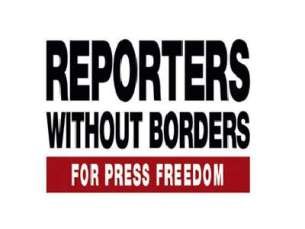 Under the amendments signed into law on 3 February, the justice ministry can now ask a court to close any news outlet if it gets foreign funding or if it is found guilty of defamation twice in the space of a year.

"This tightening of the media legislation is just the latest example of the Aliyev regime’s more and more draconian measures,” said Johann Bihr, the head of the Reporters Without Borders Eastern Europe and Central Asia desk.

"The only surprise is its superfluous nature, inasmuch as the authorities usually do not hesitate to trample on their own laws in order to silence critics. Presumably it is meant to send an additional threatening message to the few remaining sources of independently reported news and information.”

The main opposition newspaper, Azadlig, which is already on the verge of being financially throttled out of existence, regards itself as one of the main targets of these amendments.

They were submitted to parliament by President Aliyev himself on 5 December – the day that Khadija Ismayilova, a well-known investigative journalist, was jailed on trumped-up charges – and were passed without any changes 11 days later.

The Baku bureau of Radio Azadliq, the Azerbaijani service of Radio Free Europe/Radio Liberty, was raided on 26 December by officials, who closed it down and placed it under seal, while the prosecutor’s office said it was being investigated for acting as a "foreign agent.”

Since its reappearance in Russian law in 2012, the term "foreign agent” has been widely used in the region – along with the accusation of "political activities” – as label to discredit NGOs that receive foreign funding.

Ranked 160th out of 180 countries in the 2014 Reporters Without Borders press freedom index, Azerbaijan has seen a renewed offensive in recent months against journalists, bloggers and the NGOs that support them. At least 12 journalists and bloggers are currently detained in connection with the provision of news and information.